Bosnia’s State Court confirmed Friday the indictment against 16 people charged with financial crime that led to the collapse of a bank and the theft of 123 million KM (US$ 83 million). 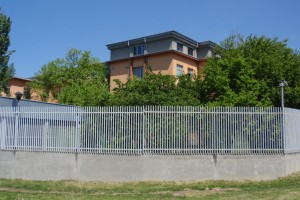 Prosecutor's Office (Photo: Tuzilastvo BiH)Prosecutors claim that the suspects issued fraudulent loans and guarantees on behalf of Bobar Banka to companies linked to the owner of the bank while knowing those clients were unable to pay back.

This is how millions in deposits of companies, public institutions and citizens disappeared, including those belonging to health institutions, municipalities and the public electro-distribution company, the Prosecution office said.

The suspects are charged with organized crime, misuse of office and money laundering.

Prosecutors called it the the biggest financial scam in Bosnia and Herzegovina’s postwar history. About one fifth of the lost money was people’s personal savings.

When the bank’s owner Gavrilo Bobar died in 2014, major financial losses were discovered at the bank. After shareholders failed to come up with a solution to save the business, the bank was liquidated.

Among those indicted is the director of the Agency for Banking of Republika Srpska, who is also suspected of participating in another scheme involving Banka Srpske, which also collapsed after hundreds of millions worth of clients’ savings were invested in fake companies and stolen.

A third bank, the Pavlovic Bank, is also being investigated for fraud allegedly involving the Bosnian Serb president, Milorad Dodik.