Former Russian lawmaker and Putin critic Denis Voronenkov was shot dead Thursday morning on a busy street in the Ukrainian capital of Kyiv, according to Ukrainian authorities. 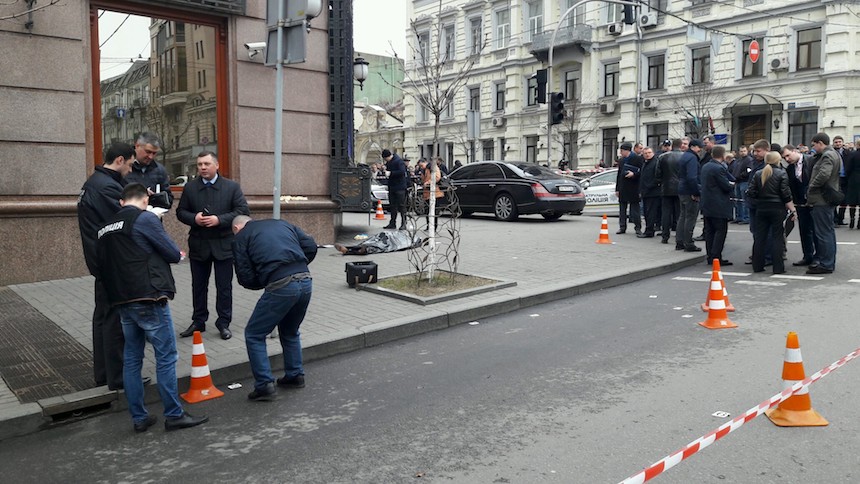 Denis Voronenkov was shot dead in Kyiv on Thursday morning (Photo: OCCRP)Voronenkov — former member of the Russian Communist Party and fiery critic of the Russian President — defected to Kyiv in 2016 with his wife Maria Maksakova, an opera singer and former Russian parliament member.

He was one of the key witnesses in the state treason case against former Ukrainian President Viktor Yanukovych, who is also a suspect in a multi-billion dollar corruption scandal and mass murder, according to Kyiv Post.

The attacker allegedly shot Voronenkov twice in the head as he was leaving the Premier Palace Hotel and wounded his body guard, who shot back at the attacker. Both the assailant and the bodyguard were taken to the hospital, the Kyiv Post reported citing police.

Voronenkov was on his way to meet with another exiled Russian lawmaker, Ilya Ponomarev, when he was shot. "He was walking to a meeting with me. No words," Ponomarev wrote on Facebook after the attack.

Ukrainian President Petro Poroshenko in a statement called Voronenkov’s murder an "act of state terrorism by Russia, which he had to flee for political reasons."

"Voronenkov was one of the main witnesses of Russian military aggression against Ukraine, particularly of the role of Yanukovych in sending Russian troops to our country," Poroshenko added.

Voronenkov was elected in the 2011 Russian election many believe was rigged, and is best known for co-authoring a 2014 bill that banned foreign ownership of Russian media, a move Bloomberg View columnist Leonid Bershidsky called “the single worst thing that happened to press freedom as an institution in Putin's Russia.”

He is registered as having voted in favor of Russia’s annexation of Crimea.

However he denied that he was in parliament that day, and told RFERL that another legislator used his voting card.

Then in his first interview with a foreign journalist after fleeing to Ukraine, he compared Russia with "Nazi Germany," claiming its 2014 annexation of Ukraine’s Crimea region was "a mistake" and "illegal."

Russian authorities launched a large-scale fraud investigation against Voronenkov after a similarly critical interview with Ukrainian news site Censor.net, which provoked an flood of anger in Russia.

Last year, Voronenkov’s name surfaced in the Panama Papers as a shareholder in a British Virgin Islands company.