The lawyer representing the mother of deceased whistleblower Sergei Magnitsky is recovering in intensive care after falling from a fifth floor window Tuesday night - a day before he was due to request a renewed investigation into the tax fraud scheme Magnitsky exposed. 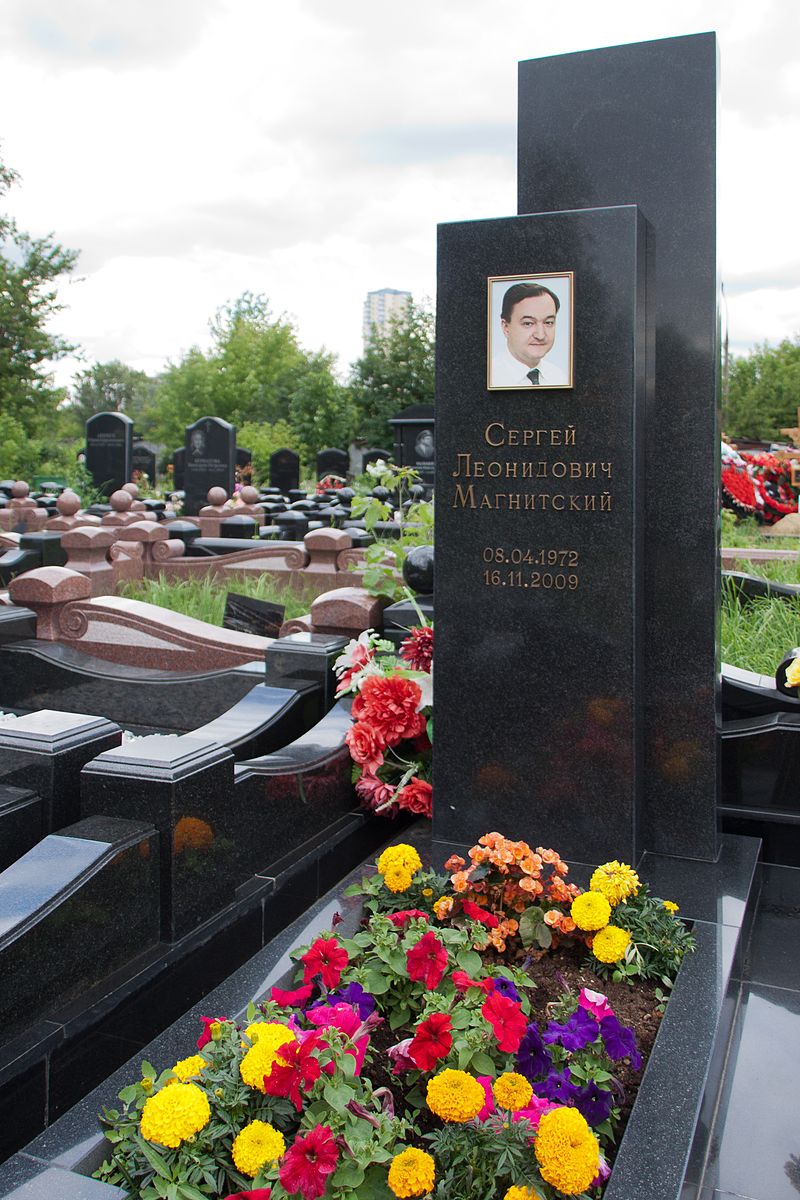 Sergei Magnitsky grave (Photo: Dmitry Rozhkov CC BY-SA 3.0)According to Russian authorities and media, Nikolai Gorokhov fell while he and workmen were lifting a jacuzzi into his apartment outside of Moscow when a winch snapped.

However, Magnitsky’s former employer, William Browder, claimed that the lawyer had been "thrown."

Gorokhov suffered severe head injuries and was taken by helicopter to Botkin hospital, where he is currently conscious and responsive. None of the workers were injured.

"The winch is designed for heavy weight - several tons more than the bathtub weighs. It's unclear why this winch broke. And how Nikolay fell is also another question," a representative of Hermitage Capital, Browder’s Moscow-based investment company, told Novaya Gazeta.

Gorokhov was due to appear Wednesdaymorning at the Moscow City Appeals Court to contest a refusal by another court to investigate new evidence relating to the "Pavlov Leaks," which revealed how tax officials colluded with police and an organized crime group in a US$ 230 million tax rebate fraud scheme – the largest in Russian history – that targeted Hermitage Capital.

When Magnitsky blew the whistle, he was arrested for tax evasion and died while in police custody. Friends and family say he was tortured and murdered, although official records say he died of acute heart failure and toxic shock, cause by untreated pancreatitis.

Gorokhov has represented both Browder and Magnitsy’s family since 2011.

In the meantime, officials who were implicated in the leaks have since been given state honors, promotions or have been exonerated.

Authorities in turn accused Magnitsky and Browder of orchestrating the fraud, putting out an arrest warrant for Browder, who now lives in London. Interpol has twice refused the request, saying that the case is politically motivated.

Gorokhov is also a key witness in the U.S. Government’s upcoming case against Cyprus-based Prevezon Holdings. The company is accused of laundering some of the stolen money through Moldovan shell companies. Prevezon is owned by Danis Katsyv, the son of Russian Railways vice president Petr Katsyv.

"Basically, there is a trail of dead and seriously injured people leading from the Magnitsky case," Browder told The New York Times, adding that Russia’s Federal Security Service (FSB) "is doing everything it can to shut down any serious investigation."