Top-tier aerospace official, Vladimir Evdokimov, was found stabbed to death on Saturday in his Moscow cell, where he was being held on charges of embezzlement, Russian media reported. 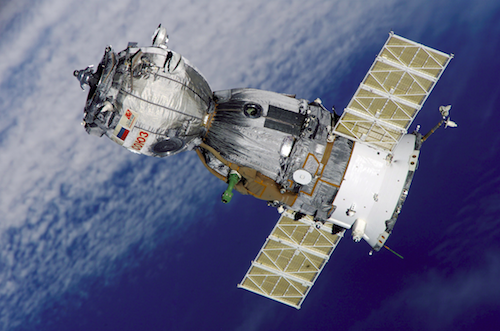 Russian Spacecraft (Photo: NASA)Interfax cited unnamed sources who claimed Evdokimov may have been killed by "foes who feared he could tell their names to investigators and uncover their criminal schemes."

Evdokimov, executive director for quality control and reliability issues at Roscosmos, was found stabbed twice in the chest and once in the neck in the toilet of his cell. A knife was also discovered at the scene.

Unnamed officials told Interfax that there were marks on Yevdokimov’s body that indicated he fought back.

His eleven other cell mates have already been questioned, although no suspects have yet been identified.

Evdokimov was arrested on 5 December 2016 after the Russian Investigative Committee accused him of embezzling 200 million rubles (US$ 3.1 million) from the Russian Aircraft Corporation MiG aerospace company.

Investigators claim that between 2007 and 2009, when Evdokimov was deputy director of the United Aircraft Corporation (UAC), he participated in the fraudulent supply of MiG helicopter components - substituting the contractually agreed parts with cheaper versions.

Egor Noskov, deputy director of Tupolev, and Alexei Ozerov, former MiG-Rost CEO, were also arrested for their involvement in the scheme.

Evdokimov’s family dismissed any suggestions about suicide as he was determined to win the case. They said he was reading a lot in prison and he wrote fairy tales for his seven children.