India: Man Who Promised US$ 4 Smart Phones Arrested For Fraud

The founder of an Indian tech firm who last year made headlines promising smart phones for less than four U.S. dollars was arrested on suspicion of fraud, local media reported. 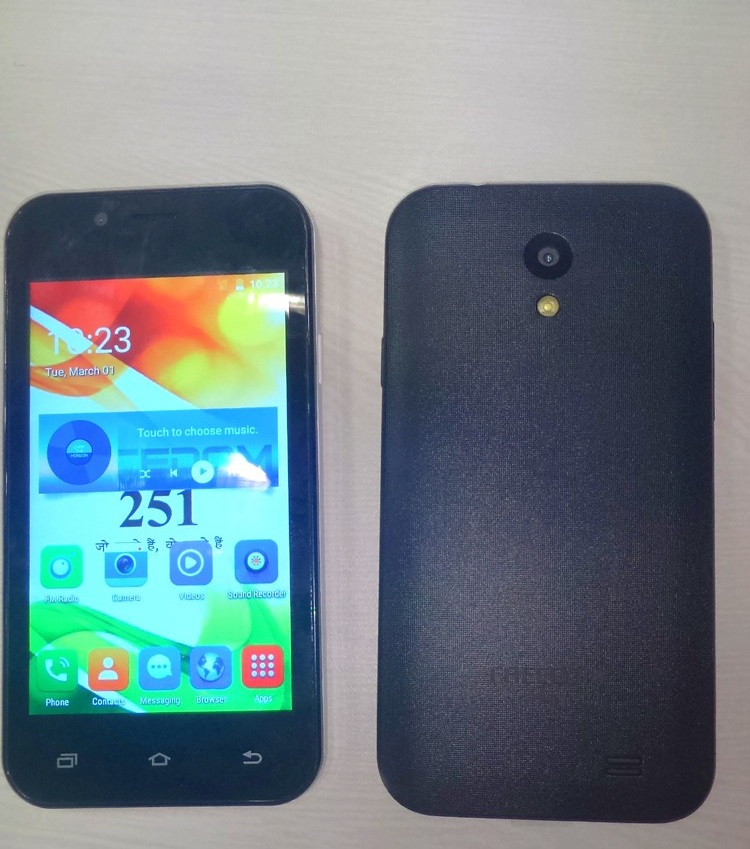 Freedom 251 smart phone priced at 251 rupees (Photo: Synamatics, CC BY-SA 4.0)Mohit Goel, the founder of phone manufacturer Ringing Bells, was arrested Thursday after the owner of a distribution company accused him and his four associates of defrauding his company 1.6 million rupees (US$ 23,982).

Immediately after Goel announced in February 2016 his astonishingly low priced smart phone, at 251 rupees (US$ $3.76), Akshay Malhotra of the Ghaziabad-based distribution company, Ayam Enterprises, paid 3 million rupees (US$ 44,967) for an order of phones and accessories.

However, he only received a fraction of the order, including many poor quality products.

After asking for a refund, he said that the company only received 1.4 million rupees (US$ 20,984) in new phones and cash.

Malhotra told CNN that when he demanded the rest of the money, Goel resorted to intimidation.

"When we called them to ask for our money back and to end our association with them, he said he didn't have the money," Malhotra said. "He threatened that something will go wrong if we don't wait quietly."

Goel, who reportedly resigned from the company last December, told the Hindustan Times that he promised to pay several distributors any outstanding payments by March 31. He called the accusations against him “surprising.”

Ghaziabad's deputy superintendent of police Manish Mishra told CNN that another distributor has filed a similar complaint and several more are starting to come forward, as well.

"We currently have complaints that they defrauded various distributors of a total of 4 million rupees (US$ 59,956) but I suspect the actual amount is double," he said.