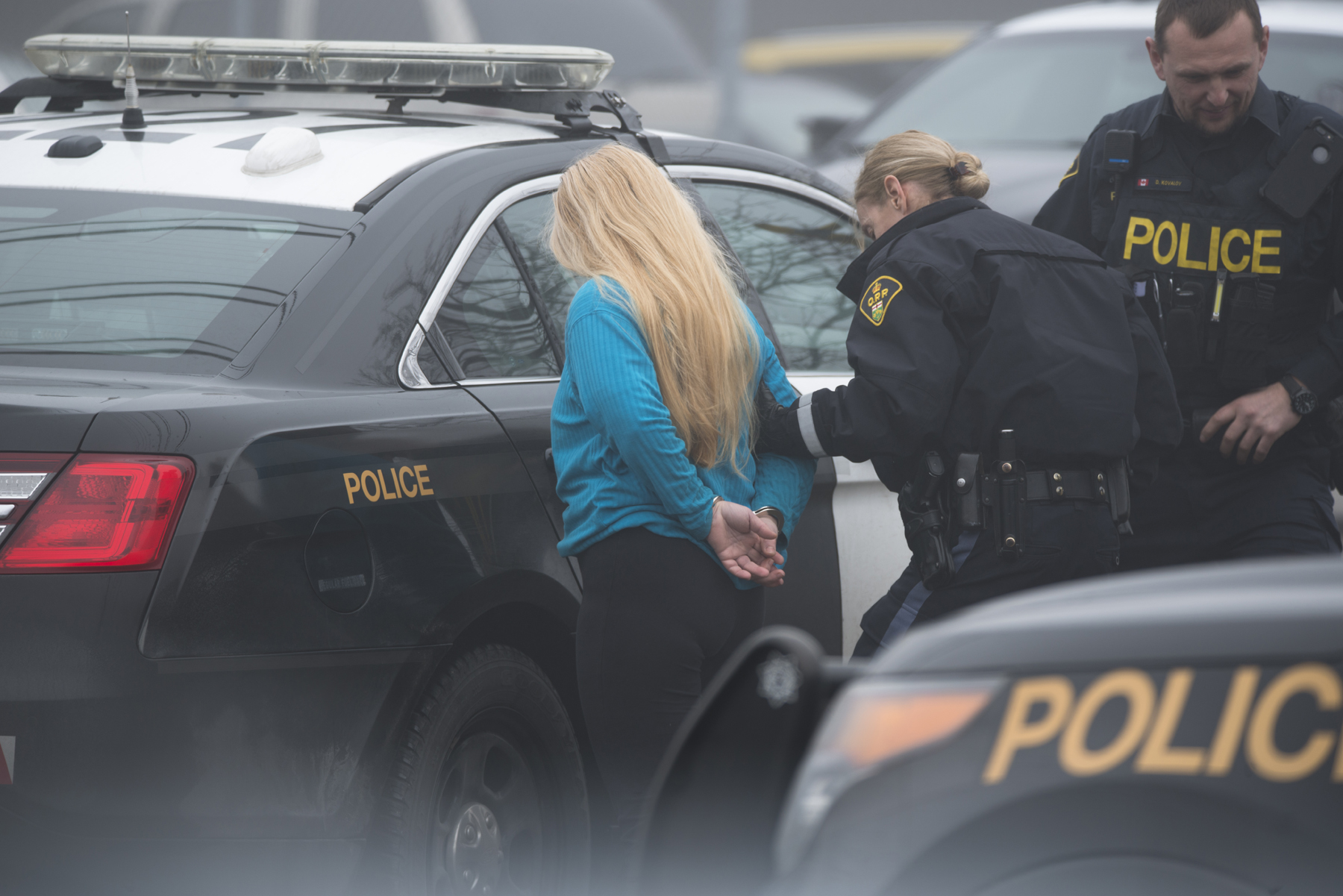 Canadian Police arrest a female suspect (Photo: Ontario Provincial Police)Deputy commissioner Rick Barnum said in an official statement that by dismantling a criminal operation of this magnitude, police have prevented more than 11,000 "'doses of death'of fentanyl and illegal guns from killing people in our communities."

The multi-jurisdiction operation targeted multiple criminal organizations that were trafficking drugs and guns through Toronto, Montreal, and the United States.

Fentanyl, a prescription drug, is roughly 100 times more potent than morphine and about 40 times as strong as heroin.

Officers also found smaller quantities of other illicit drugs such as cocaine, ecstasy, and marijuana as well as over US$ 100,000 worth of cash and casino chips.

Authorities also uncovered a lab that was used to produce fake IDs containing 300 blank cards, passport photos, and counterfeiting tools. According to local media the lab could produce anything from fake passports to counterfeit government IDs.

The 18 suspects have been charged with 81 offenses and are expected to appear in court.