A Vietnamese court sentenced on Wednesday two former executives of a state-owned firm to death for what local media estimates is the largest embezzlement scandal in the nation. 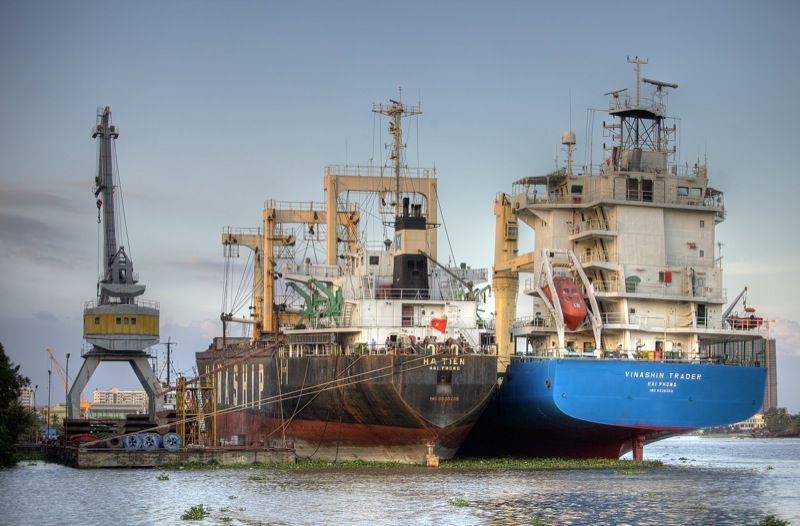 A Vinashin Ship (Photo: Christopher Michel CC BY 2.0)A Hanoi court found the former CEO of the Vinashin shipbuilding firm, Tran Van Liem, and sales manager, Giang Kim Dat, guilty of embezzling US$ 11.38 million from the firm and ordered that the money be returned.

The pair abused their executive positions to steal company assets and conspired with business partners to fix the prices of ships acquired in the late 2000s.

Vinashin’s chief accountant received a life sentence for embezzlement, and Dat’s father also was sentenced to 12 years for money laundering.

Although Dat has embezzled the largest sum, Liem was determined to be the ringleader.

This scandal emerged in 2010 after Vinashin had acquired a debt of $4.5 billion and defaulted on a $600 million foreign loan.

Liem, along with eight other officials, was originally sentenced to 19 years jail time for failing to stop the embezzlement in 2012.

However further investigation revealed that not only did he not stop the embezzlement, but he was one of the chief beneficiaries.