Authorities said Friday that about 350 kilograms of cocaine worth £50 million (US$ 62.6 million) had washed up on two beaches in eastern England. 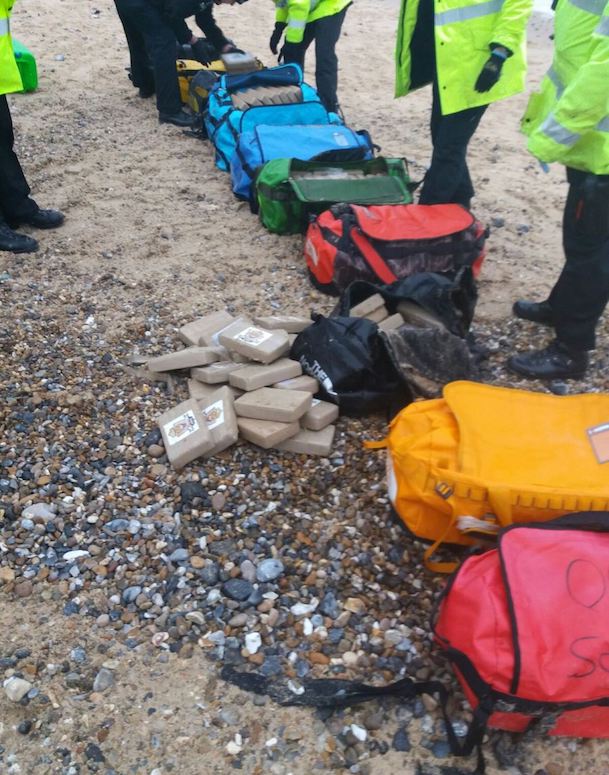 Gym bags carrying cocaine found on Hopton Beach in England (Photo: National Crime Agency)
The National Crime Agency (NCA) said it was investigating two discoveries near the coastal town of Great Yarmouth, some 140 miles northeast of London. The first batch was discovered Thursday afternoon, and the second was found nearby Friday morning. Both were packed in brightly colored gym bags.

Mathew Rivers from the NCA’s border investigation team said the seizure "will represent a major blow to the organized criminals involved."

"We are now working … to try and establish how the bags ended up where they did," Rivers said. "However it is extremely unlikely that this was their intended destination."

Police Superintendent Dave Buckley from Norfolk said he believes all of the packages had been recovered but urged anyone who might find more to contact authorities immediately.

Smugglers often toss drugs overboard to be retrieved later by accomplices. The strategy is popular among criminals all over the world as it does not involve an exchange between two vessels, making it harder for police radars to track down the transfers.