Two Buddhist monks were arrested after police found more than four million methamphetamine pills worth about US$ 6 million, hand grenades and ammunition in their car and monastery, authorities announced Tuesday. 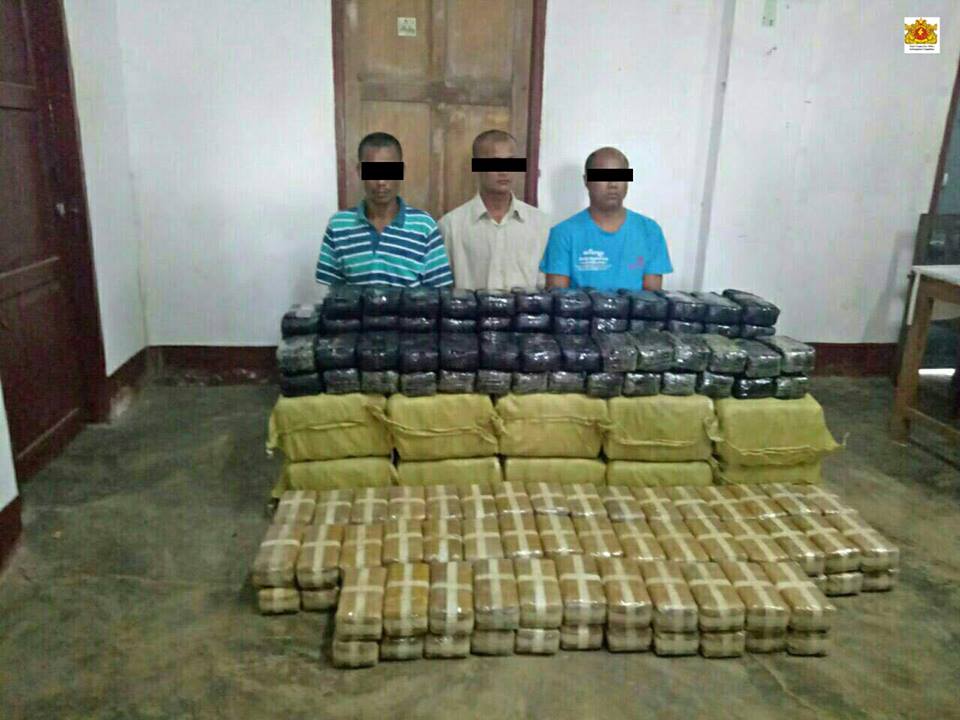 Three suspects in front of the siezed methamphetamine pills and grenades (Photo: The State Counsellor Office of Myanmar)Police stopped the monks on Sunday as they were driving to Maungtaw, a small town near the border with Bangladesh.

The anti-narcotics squad discovered almost 400,000 methamphetamine pills in their car.

Following an interrogation, police searched the monk’s monastery where they found more than 3.7 million pills, 91 hand grenades, and some ammunition.

Officers have detained the two monks and a lay person who was staying at the monastery.

Myanmar is a major producer of methamphetamine, and meth pills are hugely popular across Asia.