Italian military police detained Tuesday 46 suspected members of one of the most powerful groups of the Camorra crime network for mafia association, extortion, drug trafficking and handling of stolen goods, among other crimes. 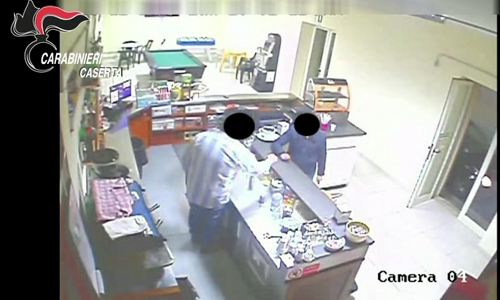 According to authorities, the huge profits derived from the activity were then used to grant monthly allowances to families of the group’s leaders currently behind bars.

"The clan affiliates managed the administrative side of the gambling sites and handled the players’ accounts," Captain Simone Calabrò of the Casal di Principe Carabinieri unit told IRPI. "The group kept 60 per cent of the profits, giving the other 40 percent to the bar owners."

Previous police operations have shown that illegal on-line gambling represents a considerable source of income for the Casalesi syndicate. In January 2016 anti-mafia authorities arrested 11 people, including a well-known gambling entrepreneur, for having conspired to run a network of casino sites on behalf of the group.

"Online gambling is a traditional business of the clan," said Calabrò. "It guarantees a steady income, part of which is provided to the families of prominent members in order to secure their continued affiliation to the group."

Among the arrested on Tuesday are relatives of some of the most notorious Camorra figures, including the son of Francesco Schiavone, the Casalesi boss who was handed a life sentence in 2008.