Authorities charged six people with serious drug importation offenses after intercepting a yacht off the New South Wales coast with more than 1.4 tons of cocaine on board, Australian Federal Police announced Monday. 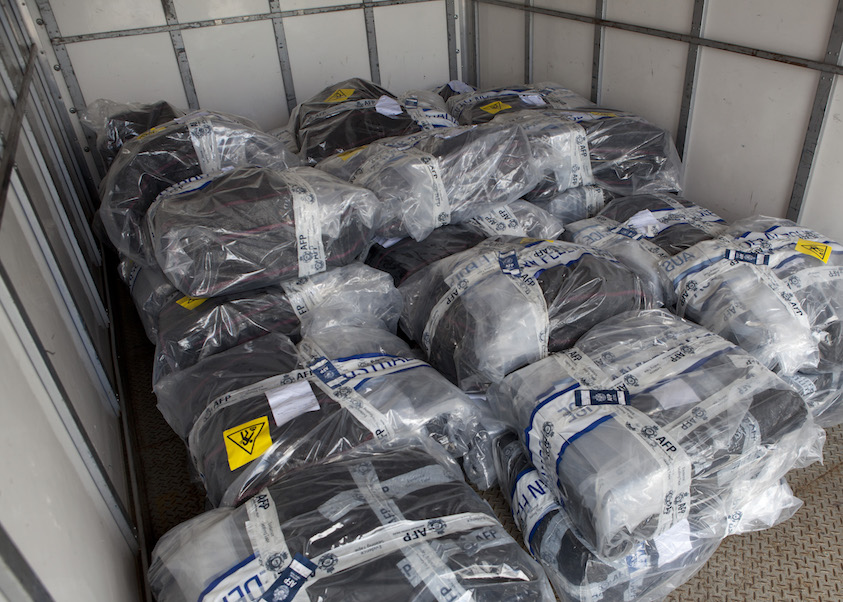 Black bags containing a large quantity of cocaine were discovered on the yacht. (Photo: Australian Federal Police)The country’s "biggest cocaine interception," with a street value of  approximately US$ 312 million, is a result of a multi-agency investigation, which spanned two-and-a-half years, the report said.

The yacht traveled from New Zealand to a "mothership" in the South Pacific Ocean last month to collect the drugs and bring them to Australia.

The following day, another three men were arrested on the New South Wales South Coast and charged with conspiracy to import a commercial quantity of a border controlled drug. Police believe they were planning on meeting the yacht at sea before returning to Australia with the drugs.

A fourth man was arrested in Sydney for his alleged involvement in the conspiracy to import the cocaine, police said.