An international anti-corruption watchdog blamed several high ranking Honduran politicians and businessmen Tuesday for violence against environmental activists who stood in the way of their businesses. 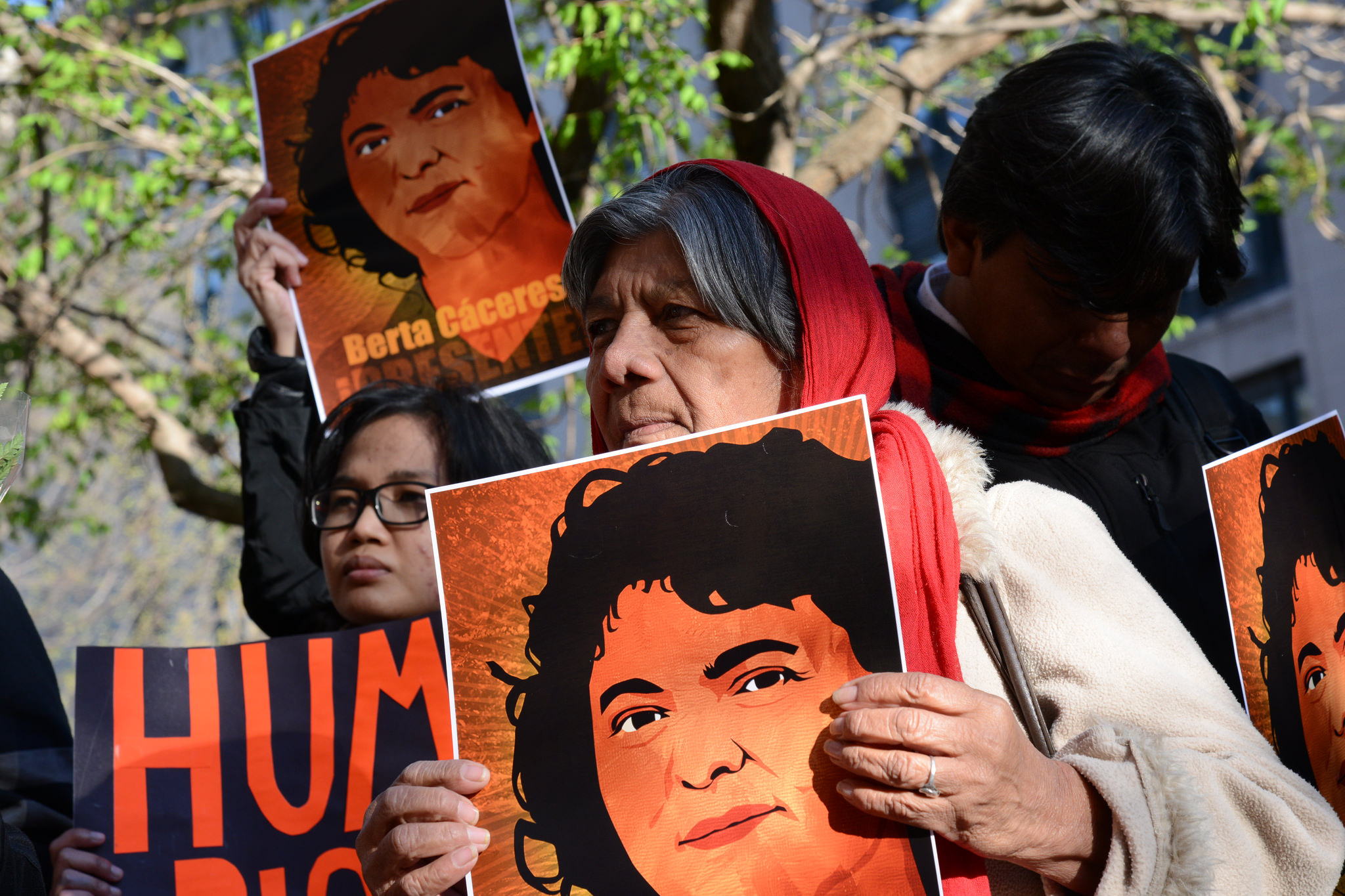 Vigil for murdered activist Berta Caceres (Photo Daniel Cima/CIDH CC BY 2.0)"Nowhere are you more likely to be killed for standing up to companies that grab land and trash the environment than in Honduras," a report released Tuesday by Global Witness said.

According to a two year-long research initiative conducted by the non-governmental organization, more than 120 people who took a stand against dams, mines, logging or agriculture on their land were killed since 2010 by state forces, security guards or assassins hired by state officials.

Countless others have been threatened, attacked or imprisoned. The victims are predominantly members of indigenous communities who opposed land development and other mega-projects.

Members of the elites use political influence to land lucrative contracts and licenses for their projects while bypassing legally-established procedures even where international financing is in place.

If communities question the shady deals, large bribes are offered to activists to keep quiet and if that does not work, project backers use force and enlist military support.

"Finally, impunity is the oxygen provided to perpetrators by the justice system," the report said.

One of the country's most prominent environmental and indigenous rights activists, Berta Caceres, was murdered in her home in March 2016 because she opposed the construction of a hydroelectric dam on her community’s land by a Honduran company, Desarrollos Energeticos SA (DESA).

Hers was just one in a series of six killings related to the construction of the Agua Zarca dam, the report said. Victims were shot and tortured, their bodies dumped in rivers or rubbish dumps.

Other activists were threatened and injured. One woman had her finger chopped off with a machete.

Seven men have been charged with the murder of Caceres, two of whom have links to DESA, the company that owns the Agua Zarca dam, and four of whom have ties to the Honduran army.

One of the most explosive allegations the report made was against Gladis Aurora Lopez, the vice president of Congress and head of the country’s ruling party.

Lopez’s husband, Arnold Castro, allegedly controls two major hydroelectric projects that aim to sell energy to the state, which presents a clear and illegal conflict of interest in Honduras.

The Lenca, an indigenous group, has been leading protests against the two projects.

Three Lenca protesters have been killed, their bodies found dismembered and showing signs of torture, and two pregnant women were beaten by a group of paramilitaries. No one has been convicted for their murder.

The report alleges that Lopez ordered a raid on a Lenca community where police evicted the victims from their homes and burned their crops.

The report also shed light on several bribery scandals, accusing well-known business man Lenir Perez of bribing an ex-mayor and attempting to bribe activists with US$ 1 million to stop opposing his mining project.

The NGO alleges that among the companies which attempted to illegally evict indigenous communities from their land in order to develop it was Desarollo Turístico Bahía de Tela.

The luxury tourism enterprise has been linked to the theft of US$ 350 million from the Social Security Institute. Global Witness believes that some of the stolen money may have been laundered through its hotel project.

Global Witness was established in 1993 with the aim to break the links between natural resource exploitation, conflict, poverty, corruption and human rights abuses worldwide.