Anger over a government decree that could free dozens of corrupt officials triggered the largest protests Romania has seen since the 1989 revolution and prompted one of the country’s ministers to resign on Thursday. 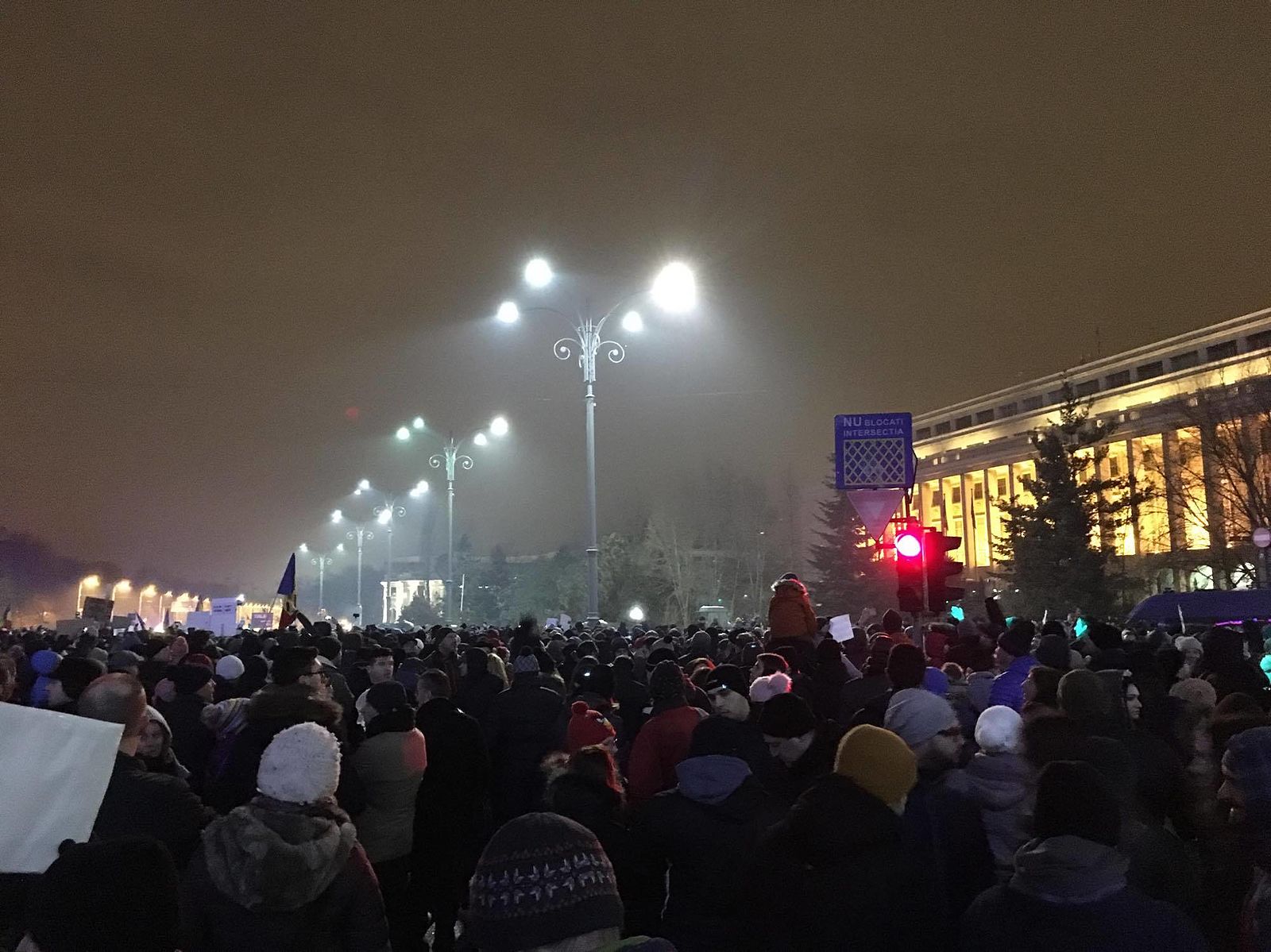 Protests in Bucharest on January 22 (Photo: Eduardm CC BY-SA 4.0)Over 300,000 protesters took to the streets throughout the country, half of them in the capital itself, on Wednesday and Thursday to protest a decree which could decriminalize abuse-of-power offenses involving less than 200,000 lei (US$ 48,000).

Less than a month after the Social Democrat-led government of Prime Minister Sorin Grindeanu took power, his cabinet hastily adopted the measure late Tuesday evening arguing that it was meant to ease prison overcrowding.

Romanians saw the move as a setback for the yearlong fight against corruption, and immediately staged protests that kept growing for two days.

On Wednesday the crowd clashed with police after some protesters threw firecrackers and smoke bombs on officers. Police responded with tear gas.

As the masses were protesting, Romania's Supreme Council of Magistrates took the decree to the Constitutional Court. A ruling could still block the law.

He said he would not be able to explain to his child one day why he was such a coward and did not walk away from such a government.

Critics say the decree is intended to help political allies and slow down fight against corruption.

If enacted, the decree would put an end to the ongoing trial of Social Democrat party leader Liviu Dragnea, who is accused of using his political power to give state salaries to two people working at his political offices between 2006 and 2013.

Hundreds of other jailed officials also stand to benefit from this decree.

European Commission President Jean-Claude Juncker has criticized the move saying, "the fight against corruption needs to be advanced, not undone."

Romania is the fourth most corrupt country in the EU according to Transparency International’s corruption index.