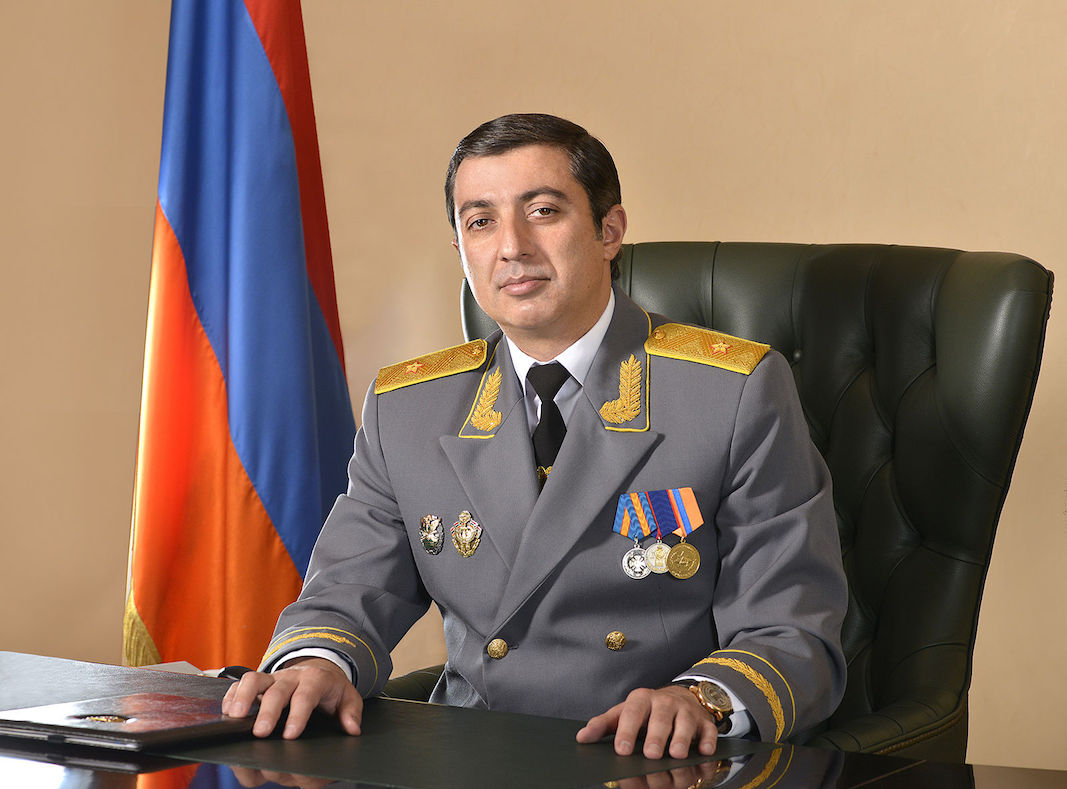 Mihran Poghosyan was Armenia's Chief Compulsory Enforcement Officer until he resigned following the release of the Panama Papers (Photo: Mamuli qartughar CC BY-SA 4.0)However, the Swiss Federal Department of Justice told OCCRP in an email that they turned down the Armenian request for legal assistance on November 8, 2016 because the requirements of the request were not fulfilled.

But "the Armenian authorities can any time specify the request," the email from Ingrid Ryser, a spokesperson for the Swiss Federal Department of Justice added.

Armenian authorities launched an investigation into last April’s media reports claiming the Panama Papers revealed that Poghosyan had shares in three offshore companies and that he was using his position to advance his business interests while concealing his income.

The leaked document trove revealed that as of 2011, Poghosyan was connected to three companies registered in Panama: Sigtem Real Estates Inc.; Hopkinten Trading Inc.; and Bangio Invest S.A. He was the sole owner of Sigtem and Hopkinten, but it is not clear from the documents how much of Bangio he owned.

Bangio has an account at the Swiss Dresdner Bank, with Poghosyan and his uncle, Mikhail Haroutyunyan, as signatories.

The SIS said this is why no evidence could be gathered and they are ending the investigation.

As Armenia’s Chief Compulsory Enforcement Officer, Poghosyan was in charge of seeing that all court rulings are properly enforced. He resigned following the Panama Papers scandal.