The brother and nephew of former U.N. Secretary-General Ban Ki-Moon were charged Tuesday with trying to bribe a Middle Eastern official into a real estate deal worth US$ 800 million, according to the Department of Justice. 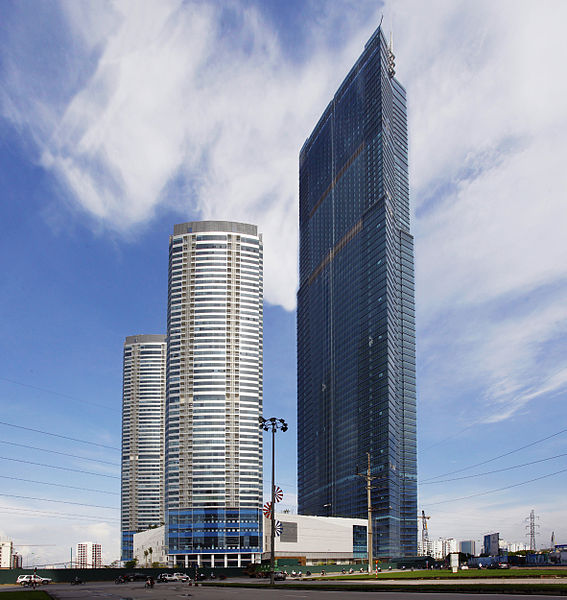 Keamnam Hanoi Landmark Tower (Photo: Soyoungah, CC BY-SA 3.0) But instead of obtaining a multi-million commission and bolstering the ailing South Korean company that owned the skyscraper complex in Hanoi, Vietnam, the two were allegedly double-crossed by the third suspect who stole the initial payment.

According to prosecutors, Ban Ki-Sang and his son Joo Hyun Bahn planned in 2013 to bribe an unnamed Middle Eastern official US$ 2.5 million to make his country’s investment fund buy a 72-story office tower and two 48-story residential towers from the South Korean construction company, Keangnam Enterprises Ltd., where Ban was senior executive.

At the time, Keangnam Enterprises Ltd. was experiencing a liquidity crisis and the US$ 800 million sale would have brought the company much needed capital as well as a multi million-dollar commission for Ban’s Manhattan real estate broker son.

Father and son agreed to pay US$ 500,000 upfront and US$ 2 million after the completion of the sale.

The fourth suspect, Sang Woo, obtained the money for the initial payment, according to prosecutors.

However, middleman Malcolm Harris, a New York blogger who claimed he could persuade the Middle Eastern official to buy the property, kept the US$ 500,000 and allegedly spent the entire amount on luxury restaurants, hotels, and a penthouse in Brooklyn, Bloomberg reports.

Neither son nor father knew that Harris never had the claimed relationship with the Middle Eastern official.

As time passed without the deal being closed and Keangnam’s liquidity crisis getting worse, Bahn allegedly began forging e-mails from the Middle Eastern official and other documents to make the sale of the complex appear imminent to Keangnam and its creditors.

The indictment said Bahn also stole US$ 225,000 of the brokerage expenses Keangnam paid in advance before it was forced into receivership.