Romania Gets New Government Amid Criticism of Spotty Corruption Record

Romania’s parliament endorsed a new cabinet on Wednesday, despite criticism some of its members having either faced accusations of corruption or taken part in efforts to soften anti-corruption laws. 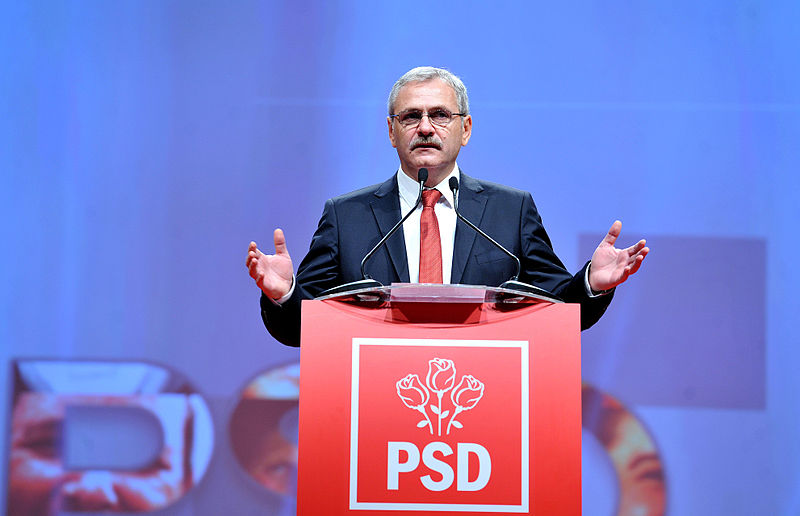 PSD leader Liviu Dragnea (Photo: Partidul Social Democrat, CC BY 2.0)The Social Democratic Party (PSD), led by Liviu Dragnea, put forward the list of 26 cabinet picks for his incoming government on Tuesday, following his party’s victory in the country’s December election. The cabinet list was accepted in a vote of confidence by parliament on Wednesday.

However, media reports have pointed to disquiet over the background of some members of the new government.

PSD's Lia Olguta Vasilescu, who was confirmed as labor minister, was indicted for abuse of power and money laundering last year. In December, a court ordered prosecutors redraft their charges.

Incoming justice minister Florin Iordache was among members of parliament who attempted to water down anti-corruption laws in 2013, Politico reported. In December that year, the Romanian Parliament approved amendments declaring that the Romanian president, senators and members of the lower house to no longer be “public officials” and thus ineligible for indictment for a range of corruption offenses.

The changes were dubbed “Black Tuesday” and earned the parliament OCCRP’s 2013 “Person of the Year” award for corruption. The constitutional court quashed the amendments in 2014.

Also taking a cabinet position is incoming foreign minister Teodor Melescanu, a former defense minister and head of the country’s foreign intelligence service, as well as a two-time former foreign minister. He resigned from his latest stint as foreign minister in 2014 after a lack of overseas polling stations left thousands of expatriate Romanians unable to vote in a presidential runoff, an event widely seen as aimed at suppressing turnout in support of the eventual victor, Klaus Iohannis.

The new government will be led by Sorin Grindeanu as prime minister. His appointment last Friday followed by President Iohannis’ refusal to endorse the PSD’s Sevil Shhaideh to the job. Romanian media have cast Grindeanu as a stand-in for PSD leader Dragnea, who was given a suspended jail sentence for an attempt to rig a 2012 referendum to impeach former president Traian Basescu, a political rival. Dragnea received a one-year suspended prison sentence in 2015, and is barred from serving as minister according to a 2001 Romanian law.