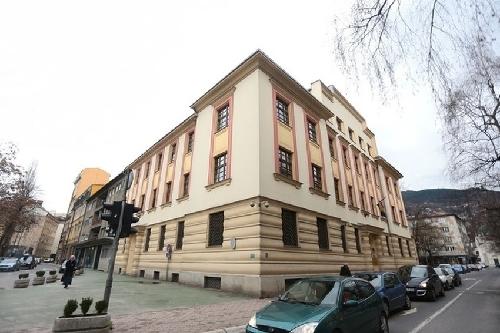 The Sarajevo prosecutors' office building (Photo: http://kt-sarajevo.pravosudje.ba) Delimustafic's was first detained in a police operation in November that has since seen at least 16 other alleged members of an organized crime group, including municipal clerks and lawyers, rounded up. The group is alleged to have used fraudulent court rulings to gain control of abandoned properties and resell them via proxy companies.

Another suspect in the case, former judge Lejla Fazlagic, is currently believed to be on the run in Croatia. She is accused of having issued rulings that transfered the ownership of roughly 70 properties.

Delimustafic vanished in December along with Juso Skrijelj, a former presidential bodyguard, after they were released from a month-long pretrial detention. The decision was denounced by prosecutors, who had demanded an additional two months’ jail for Delimustafic, who was found with a fake passport and a plane ticket to Thailand when he was first arrested.

Delimustafic was captured in the central Croatian town of Karlovac on Dec. 21. Skrijelj is still on the run.

Croatian authorities handed Delimustafic to Bosnian police near the town of Velika Kladusa.