South Korean President Park Geun-hye offered to resign in a televised address on Tuesday after five straight weeks of massive protests calling for her to step down over a bizarre corruption scandal. 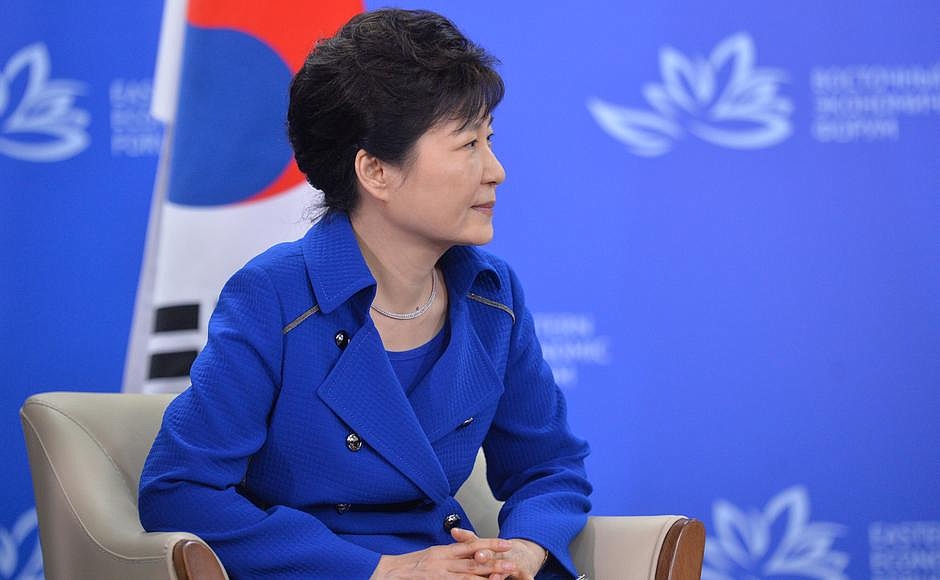 South Korean President Park Geun-hye (Photo: Kremlin.ru)"If the government and opposition parties inform me of the way to minimize the confusion and vacuum in state affairs and ensure a stable transfer of power, I will step down as president according to their schedule and legal procedures," Park said in the address.

The announcement is the latest development in a scandal that has shaken South Korean politics. While some greeted Park’s announcement as a victory for protesters, opposition parties cautioned that the move appeared to be aimed at heading off efforts by the parliament to impeach her.

President Park is accused of allowing her close confidante Choi Soon-sil – often portrayed as a Rasputin-like figure – to obtain access to classified documents and privileged information. Choi also stands accused of using her closeness to the president to solicit tens of millions of dollars in donations from South Korean corporations to nonprofits under her control.

Several high-level members of Park’s administration have stepped down over the last month, including Justice Minister Kim Hyun-woong, who resigned on Sunday. Calls for Parks’s resignation have included a demand on Tuesday by 25 first-term lawmakers from her own Saenuri party.