In a move that has human rights activists crying foul, Kazakh authorities detained a prominent local journalist Tuesday on allegations that he extorted money from public officials in exchange for favorable coverage. 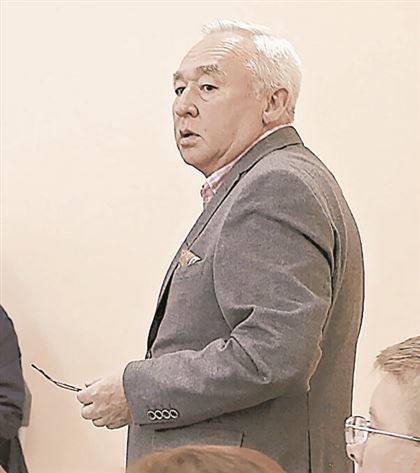 Another Kazakh journalist, Seitkazy Mataev, during his conviction in October (Photo: Facebook Mataev's Committee)Kazakhstan’s National Anti-Corruption Bureau released a statement alleging that Bigeldy Gabdullin used his positions as editor-in-chief of the Central Asia Monitor and director of Radiotochka to defame the business reputations of public officials and extort 10 million tenge (US$ 28,939).

The head of the International Foundation for the Protection of Speech, Tamara Kaleyeva, told Russian media that she was stunned by the announcement of Gabdullin’s arrest.

"I do not think he could be capable of being part of any kind of crime," she told the Kremlin-backed news site Sputnik. "At the very least, I have a lot of questions and not enough confidence in the official version."

Central Asia Monitor and Radiotochka have not yet commented.

Anti-corruption investigators say that Gabdullin used his publications to write defamatory content about public officials, and only offered to stop in return for government money.

Gabdullin’s detention follows the October conviction and imprisonment of Seitkazy and Aset Mataev, an influential father-son journalist team, for tax evasion and embezzlement. The Mataevs were accused of embezzling state funds, a charge many in the media viewed as politically motivated.