Bosnia and Herzegovina’s former wartime interior minister was among more than a dozen people detained over the weekend on allegations of being part of a group involved in crimes including real estate fraud and money laundering. 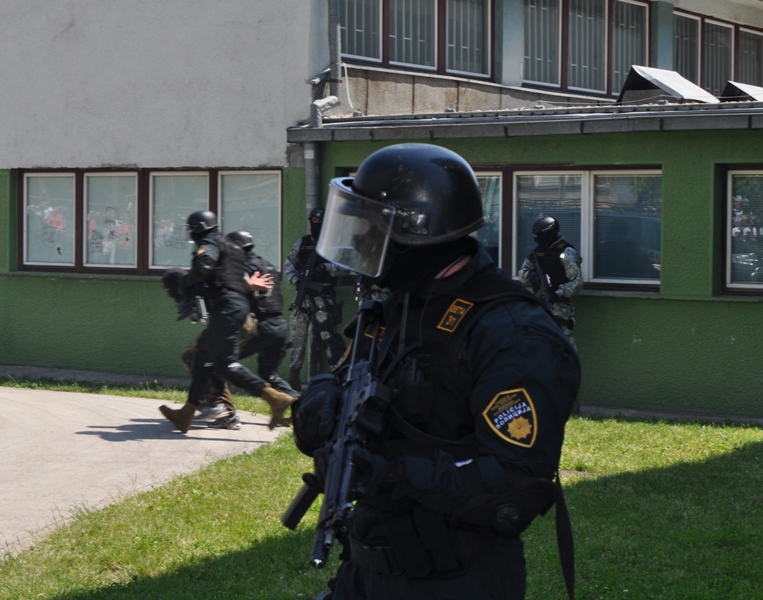 Federation of Bosnia and Herzegovina police (Photo: fup.gov.ba) Alija Delimustafic, who served during the country’s 1992-1995 war, was detained on Friday and remanded for 30 days along with four other people. Another eight people who were detained and released over the weekend were placed under judicial supervision and a ninth surrendered himself on Monday.

Prosecutors also announced that two more people were wanted over the case, including a former judge at Sarajevo’s Municipal Court, Lejla Fazlagic.

Authorities allege that Delimustafic was the leader of a criminal group that included lawyers and municipal clerks. The group is alleged to have committed property fraud through illegal zoning in central Sarajevo, as well having court rulings issued that allowed them to take control of and resell abandoned properties via the use of proxy companies.

Former judge Fazlagic is suspected of having issued rulings transferring the ownership of some 70 abandoned properties, whose true owners were either dead or out of the country. She is believed to have fled to Croatia.

Police said they found a plane ticket to Thailand and a passport under the name Sadik Salukija when they detained Delimustafic on Friday.

Delimustafic served two years in prison for the 1996 kidnapping of a man who was reportedly a romantic rival. He was pardoned in 2005 by the president of the Federation of Bosnia and Herzegovina, one of two semi-autonomous entities that make up the country.