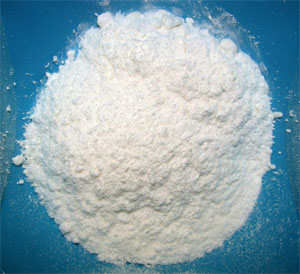 Police seized three tonnes of cocaine (Photo: Davidfernandocoronel, CC BY-SA 3.0)The joint effort of Italian state and financial police and Drug Enforcement Administration (DEA) officials in the US and Colombia targeted a ring accused of sending drugs, mostly cocaine, from Colombia to Spain and then into Italy.

An initial operation between May and October of 2013 uncovered a connection between the group in Italy and drug traffickers in Guatemala known for moving cocaine out of Colombia. During this first sting, officials seized 20 kilos of cocaine and arrested four couriers.

The latest operation began with an investigation aided by DEA officials in the US regarding the alleged use of import/export companies as covers by Colombian cartels to smuggle cocaine into Europe.

Italian police used bank records and wiretaps to trace the route of drugs from Venezuela to Colombia and then on to Rome.

The alleged leaders of the drug ring are Venanzo Tamburini, Ermanno Di Rocco and Antonio Antonini, local media has reported.

Police say Tamburini was in charge of making deals with Latin American drug suppliers, while di Rocco and Antonini handled distribution in Italy.

Some of the drug money accrued was sent back to Colombia via couriers and the rest was laundered through transfers to foreign banks, according to police.

The investigation resulted in the seizure of more than three tonnes of cocaine, 42 kilograms of heroin and 96 kilograms of methamphetamine.

Ninety-six others associated with the drug trafficking ring were arrested outside of Italy and US$ 11 million dollars in laundered funds have been seized, police said.