A Romanian crime group which ran a training center where members could learn how to commit robberies, known as the Villain Academy, received a total of 84 years in prison in a Romanian court Thursday, according to Romanian media. 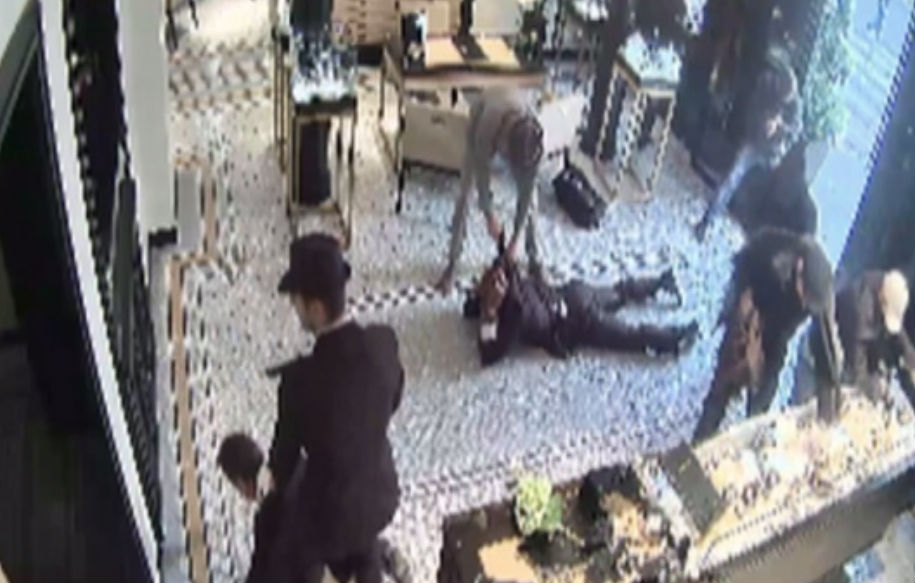 Footage of one of the robberies (Photo: Diicot.ro) Prosecutors said the group, dismantled in April 2015, is responsible for a number of armed robberies of luxury goods throughout Europe. Investigators seized an undisclosed amount of jewelry, expensive watches and luxury cars during the crackdown.

In October 2015, 18 members of the group were charged with committing 29 crimes since 2011, including 27 burglaries, throughout Western European countries such as the United Kingdom, Italy, France and Belgium.

Thursday’s court action affected nine of the accused, who had admitted guilt in exchange for reduced sentences. The other nine remain on trial.

Group leader Adrian Marin Botez was already serving a 10-year prison sentence for attempted murder. According to the Romania Insider news portal, he received an additional 30-year sentence for leading the Villain Academy, while another eight of the suspects received less than 5 years in prison each.

The sentences were appealed, but only Botez's appeal was successful. The Bucharest Court of Appeal reduced his sentence to 24 years, two months and 20 days on Thursday, local media reported.

Prosecutors said Villain Academy recruits attended training sessions under military-like discipline. Potential members had to sign a "contract" which included sanctions for not complying with the group's rules. The group maintained files on members’ families, medical conditions, photos, and samples of their hair for DNA testing, in case someone needed to be identified.

Prosecutors also said the group's operations were very well organized and each member played a defined role, allowing the group to commit robberies in less than one minute.