Controversial Bosnian party leader and former media mogul Fahrudin Radoncic told a court in Kosovo on Friday that a "mafia" connected to senior Bosnian Muslim politicians is the true culprit behind a murder for which his former business partner – and suspected drug kingpin – Naser Kelmendi stands accused. 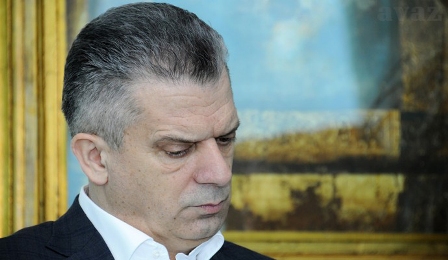 Kosovar Albanian Kelmendi, who is well-known in Bosnia and Herzegovina, is on trial for allegedly leading an organized crime group that moved large amounts of drugs to Western Europe via the Balkans from as far afield as Afghanistan. He is also charged with helping to plan the 2007 murder of Bosnian mobster Ramiz "Celo" Delalic.

Radoncic, the leader of Alliance for a Better Future (SBB) party and the former owner of Bosnia's biggest-circulation newspaper, "Dnevni Avaz," is named by prosecutors in Kelmendi's indictment as a member of the crime group that allegedly planned the murder. His three-day witness testimony before the Basic Court in Pristina, Kosovo’s capital, started on Friday.

In his testimony, Radoncic said he developed a good relationship with Delalic during Bosnia’s 1992-1995 war. Following the war, Radoncic alleged, Delalic entered into the “secret service” of Bosniak leader and national co-president Alija Izetbegovic.

"He was deeply involved, and even himself stated he murdered for Alija Izetbegovic," Radoncic told the court.

Radoncic claimed in court that Delalic was murdered because he planned to reveal the role of a "Bosniak state mafia" linked to Izetbegovic and his associates in crimes including several murders.

The development has increased a growing split in the coalition between the Party for Democratic Action (SDA), led by Alija's son Bakir Izetbegovic, and Radoncic's SBB. The coalition currently rules the Federation of Bosnia and Herzegovina, one of the country’s two semi-autonomous entities.

"The SDA and I will invest efforts and patience in order for the coalition to survive, but we will not stay silent or not react when lies about the SDA are told, specifically lies about the late Alija Izetbegovic," Izetbegovic said in an interview with local media Monday.

In a separate trial in Bosnia and Herzegovina which started in March, Radoncic stands accused of pushing Azra Saric, the mistress of the late Delalic, into giving false testimony at Kelmendi's trial in Kosovo.