Italy: US$ 84 Million Worth Of Cocaine Found Bobbing At Sea

Italian police said on Thursday that they seized an estimated US$ 84 million worth of highly pure cocaine tied to buoys floating in the sea. The drugs were suspected to have been thrown overboard from a ship that was later intercepted while sailing into the Calabrian port of Gioia Tauro. 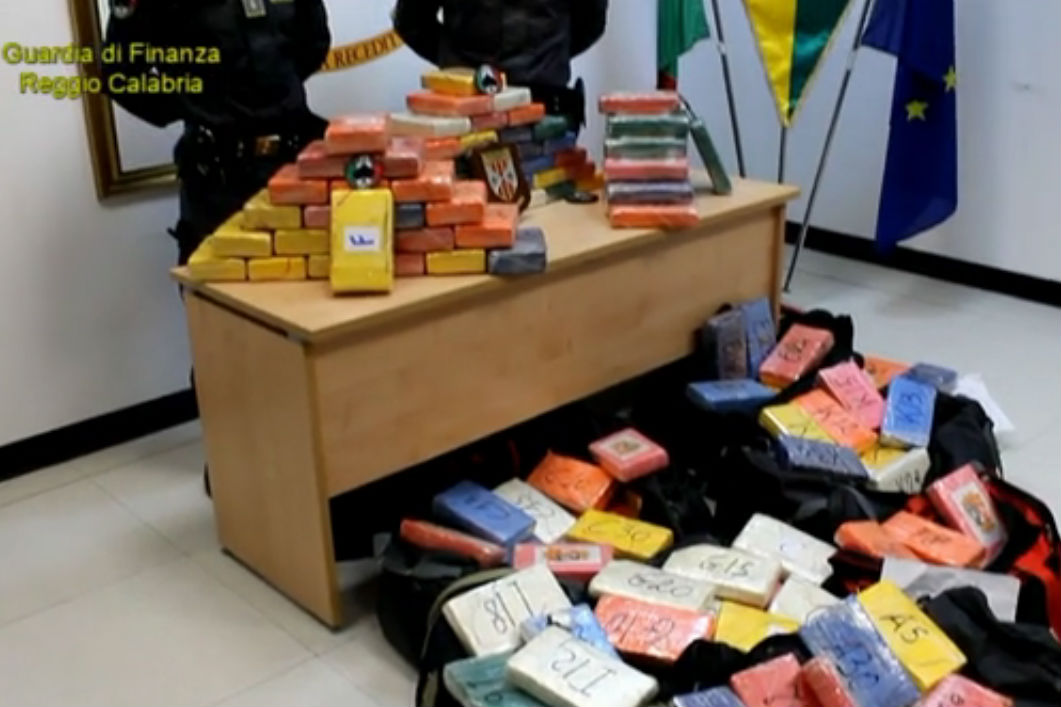 Nine crew members have so far been arrested, all citizens of the tiny Pacific nation of Kiribati, police said.

Authorities said the drugs had been thrown overboard in an effort by a Calabrian organized crime gang, reportedly the ‘Ndrangheta, to avoid checks on incoming containers. The drugs were dropped far off the coast to be picked up later.

The plan did not work, however, because authorities had been monitoring the shipment, finding 385 kilograms of cocaine, packed into 17 waterproof bags, floating at sea. The method is considered a fairly new trick used by traffickers to bypass authorities.

The 'Ndrangheta is considered to be one of Europe’s richest and most powerful criminal networks. The group has, among other crimes, assumed a key role, in partnership with Latin American organized criminals, in the smuggling of narcotics to Europe.