Civil society groups and opposition parties have cried foul over elections in Montenegro on Sunday that saw a likely victory by Prime Minister Milo Djukanovic, amid widespread allegations of electoral violations and panic over an alleged plot to stage an armed attack to disturb the vote. 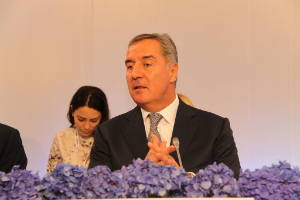 Civil society groups however highlighted what they say were scores of electoral violations. OCCRP partner the Network for Affirmation of the NGO Sector (MANS) filed 117 criminal complaints to the country’s Special Prosecutor’s Office alleging offenses such as vote buying and voter intimidation.

Prosecutors on Sunday said they were looking into complaints, but as of Tuesday there has been no further information on what further action they have taken.

MANS also condemned the decision of authorities to block messaging services Viber and WhatsApp on election day, saying the applications were a popular means for citizens to report violations.

The turbulent election day was also marred by the arrest of 20 Serbian citizens on Saturday night who prosecutors say were part of a plan to stage an armed takeover of the parliament building and declare the victory of "certain parties." Opposition parties however have questioned the arrests, saying they appeared to have been concocted to stir up support for the DPS.

Opposition parties and local media also published what they said was evidence of electoral violations.

Aleksandar Srdanovic, a politician from the opposition United Reform Action party, told local media he was attacked by two people in the town of Bijelo Polje when he attempted to record ruling party activists offering money to voters.

The opposition Democrats published a video of what they say is a group of people keeping a record of those who have not voted in order to pressure them to vote for the DPS, and also offering money in return for supporting the ruling party.

The DPS has vehemently denied the allegations. The party said it had also filed complaints against opposition activists who they say “violently entered” polling stations and assaulted DPS activists.

Despite claims of violations, the Organization for Security and Cooperation in Europe (OSCE) said that “parliamentary elections were held in a competitive environment and fundamental freedoms were generally respected.”

“The limited number of complaints filed with law enforcement and the judicial bodies was attributed to lack of trust, as well as the effectiveness and impartiality of these institutions.”

OCCRP has reported extensively on corruption by Djukanovic, who has ruled the country for more than two decades. OCCRP investigations have tied Djukanovic and his family to millions in hidden wealth, the use of government money for personal benefit, and ties with organized crime.