Russian journalist Grigory Pasko was beaten by unknown men on Tuesday in what appeared to be a planned attack, he said on social media. 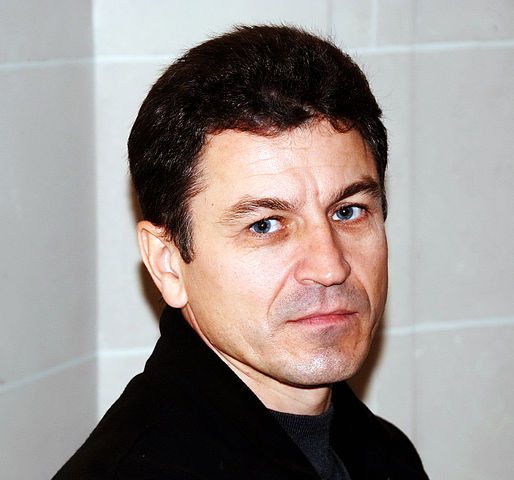 Grigory Pasko (Photo: Dirk Schnieder, Public Domain)Pasko was set upon by two men on the street in the city of Barnaul in the early morning and told to leave town, witness Arkady Babchenko said in a Facebook post.

Pasko had been attending a seminar on investigative journalism in Barnaul, in the Siberian region of Altai Krai. On the day before the attack, Pasko posted a local newspaper article on his Facebook page quoting nationalist activist Andrei Maevich, who denounced Pasko as a US-funded agent.

Pasko said he had been examined by doctors and had given a report of the attack to the local internal affairs office.

“The main thing is I’m alive and well. Some of my colleagues have asked: could they have been common criminals? No! They were not common criminals. This I know. They were specially trained. They waited, followed me, and promised to return,” Pasko said.

Pasko, a former navy officer, was arrested in November 1997 by Russian police on charges of treason and espionage after exposing the Russian navy's illegal dumping of nuclear waste in the Sea of Japan. A Russian court sentenced Pasko to four years in prison for treason in 2001, but he was released after serving only two years in 2003.

During his imprisonment, Pasko was labeled a “prisoner of conscience” by Amnesty International.