A prominent Montenegrin gangster was assassinated by a sniper in the yard of a high-security prison, local authorities said Friday, in the latest killing in a bloody gang war in the tiny Balkan country. 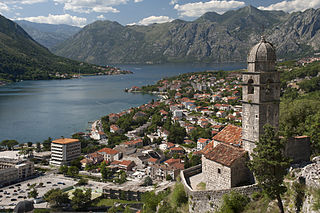 Kotor, Montenegro (Photo: Ggia, CC BY-SA 3.0) Dalibor Djuric, a reputed member of the Skaralji clan from the seaside tourist town of Kotor was shot in the chest on Thursday evening while outdors in the yard of the Spuz state prison in the Montenegrin capital Podgorica. He was pronounced dead at a local medical center shortly afterward.

Djuric was serving a two-year sentence for extortion at the time of his death, and had twice before been the target of attacks. In 2006, he was wounded in an attack in Kotor, and September 2011 was injured in a bomb blast in New Belgrade, Serbia.

Media reported that during his 2014 trial, both Djuric and the police officers escorting him had to take increased security precautions because it was feared that members of opposing gangs would attempt to assassinate him while entering and exiting the courthouse.

Djuric’s death is the latest in a series of recent gang killings between the Kotor-based Skaralji and Kavac clans, which have claimed the lives of five others since early 2015. In September, a car bomb in Kotor killed two alleged gang members.

The escalating violence prompted the Interior Ministry in June to deploy special anti-terrorism police to the town.