With campaigning in full swing in Bosnia and Herzegovina ahead of October 2 elections for mayors and municipal chiefs, posters bearing the portraits of hundreds of candidates are festooned across the country. 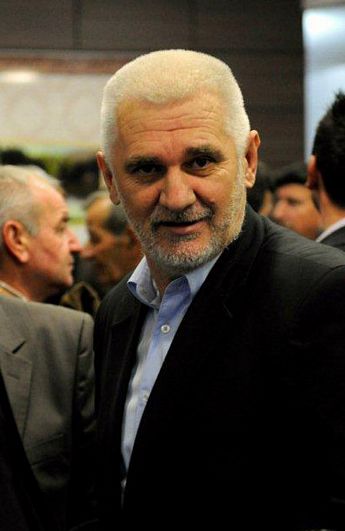 Other convictions and alleged crimes linked to candidates uncovered by BIRN’s analysis of the 140 races include money laundering, sexual abuse and violence. Among the list are 10 people who have been convicted of offenses.

Being investigated or even being convicted of crimes does not disqualify someone for office in Bosnia and Herzegovina, as long as they have been released. The exception is for those charged by the Yugoslav war crimes tribunal based in the Hague.

The most prominent example of this is Bosnian warlord Fikret Abdic, the Labor Party’s candidate for municipality chief in Velika Kladusa. He was sentenced by Croatia's Supreme Court for war crimes but was released in 2012 after serving about a decade years in prison.

Abdic has strong local backing in Velika Kladusa and surrounding villages in the northwest of the country. During the country’s war, he opposed the government of the Republic of Bosnia and Herzegovina and established a short-lived separatist “Autonomous Province of Western Bosnia” in 1993, fighting fellow Bosniaks.

He and his backers established prison camps where war crimes were committed against Bosnian Army prisoners.

In the ethnic Serb-dominated entity of Republika Srpska, the ruling Independent Social Democrats are backing Miroslav Kraljevic to run for the municipality of Vlasenica, even though in 2012 he was fined 4,000 Bosnian Marks (US$ 2,280) after signing a plea agreement with prosecutorsadmitting to his involvement in the kidnapping of a city council delegate in 2010.

“I am personally sure I will win. I cannot guarantee it, but I think this will not affect my candidacy one way or another. The verdict is in the past and I will not speak about it,” Kraljevic told BIRN.

Meanwhile, the Party for Democratic Action is backing the re-election of Senaid Memic as head of the municipality of Ilidza, near Sarajevo. In 2006, Memic was sentenced to four months in prison for verbally abusing a judge who convicted his son in a separate case. The sentence was reduced to three months on appeal. In 2008, Haris Silajdzic, one of the three members of the Bosnian presidency, commuted his sentence to two years probation, according to the Center for Investigative Reporting.

Srdjan Blagovcanin, chairman of Transparency International in Bosnia and Herzegovina, told BIRN the law should be changed to bar candidates with criminal records.

“I think this situation allows us to have people with criminal backgrounds, or who are under serious investigation, to reach some of the key posts in this country. That situation is not normal,” Blagovcanin said.