A special prosecutor in Macedonia announced on Thursday the first set of indictments stemming from a probe into a massive trove of wiretaps released last year allegedly showing wrongdoing by top officials including former Prime Minister Nikola Gruevski. 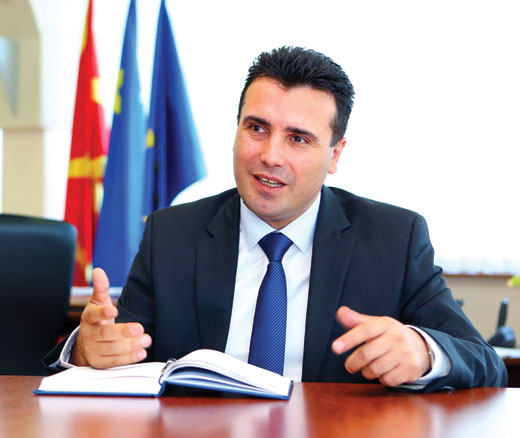 The two indictments, in which the defendants are so far unnamed, include charges apparently related to allegations that Gruevski ordered a violent protest against a political opponent in the country’s capital in 2013.

The indictment charges 14 people with “inciting and carrying out a criminal act against public order” in relation to a violent June 2013 rally at Skopje Center Municipality targeting newly elected Mayor Andrej Zernovski. The meeting was aimed at halting a controversial city center redevlopment plan championed by Gruevski's government.

Investigators found evidence that the protest was masterminded by two defendants and was aimed at disrupting the municipality meeting, deputy prosecutor Fatime Fetai told a press conference.

Although prosecutors did not mention names on Thursday, the public details are strikingly similar to the contents of recorded phone conversations released in April 2015 by the opposition Social Democratic Union of Macedonia (SDSM) purportedly showing Gruevski discussing preparations for the rally with then transport ministry Mile Jankieski.

Fetai said the protest, which saw windows smashed and one municipal employee injured was ordered for reasons that were “solely financial, for the preservation of the business interests of the political party establishment and of their close business partners.”

Prosecutors launched a wide ranging investigation into allegations of wrongdoing after SDSM leader Zoran Zaev released in 2015 a trove of recordings that were alleged to be the product of illegal wiretapping by Gruevski of roughly 20,000 people, including members of his own party and cabinet.

The opposition says the tapes provide evidence of Gruevski and others discussing a slew of crimes including electoral fraud, abuse of power, and attempting to cover up a murder.

In a second indictment on Thursday, prosecutors also leveled charges against seven members of the secret police who they say illegally destroyed documentation relating to Gruevski’s alleged wireteapping.

Gruevski and his allies have dismissed the recordings as fabrications created by foreign intelligence services aimed at destablizing the country.

The release of the tapes led to a series of massive protests against the government. Gruevski resigned in January of this year, as part of a European Union brokered agreement struck between the main political parties.