A joint investigation by Serbian and German law enforcement has led to the arrest of 30 people, including the head of a Belgrade football fan club,on suspicion of producing and trafficking tens of millions of dollars worth of drugs, Serbia's interior minister said Tuesday. 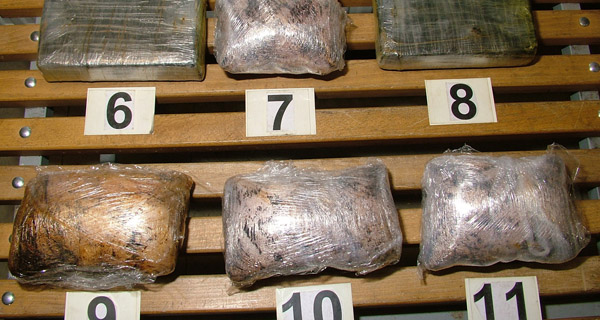 Authorities seized more than US$ 22.4 million worth of narcotics (Photo: Serbian Ministry of Interior) Authorities seized more than €20 million (US$ 22.4 million) worth of narcotics, comprising 303 kilograms of cocaine, 96 kilograms of cannabis, and 106 kilograms of hashish, as well as money and weapons, in a series of raids, Serbian Deputy Prime Minister and Interior Minister Nebojsa Stefanovic told a press briefing. Two people were also arrested in Germany and one in Croatia, Germany's Federal Criminal Police Office said in a statement.

The arrests in Germany took place near the city of Essen, where police said that more than 100 officers from several departments were deployed. Two alleged members of the group were arrested and 25 locations were searched, German police said, including several “indoor plantations” used by the group to grow cannabis.

Stefanovic said the leader of the group was the head of a Belgrade football fan club, but did not provide further details. Local media identified the man as Jevto Jevtic, 33, from FK Zemun football club supporter’s group the Taurunum Boys.

The operation follows the separate arrest of 66 people in Serbia on Saturday on charges including drug production and trafficking, and the seizure of 5.7 kilograms of narcotics.