Police in Russia arrested a senior anti-corruption official on Saturday after he was found in possession of over US$ 120 million in suspected bribe money, Russian media reported. 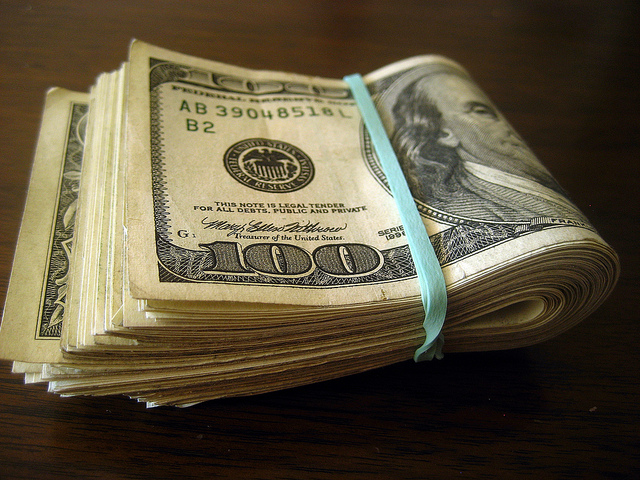 Police found US$ 123.37 million in euros and US dollars in Zakharchenko's sister's apartment (Photo: 401kcalculator, CC BY-SA 2.0) Moscow’s Presnensky District Court ordered the detention of Dmitry Zakharchenko, the deputy head of the Energy Industry Department of the General Administration of Economic Security and Combating Corruption, after police found roughly $123.37 million in an apartment belonging to his sister.

The court ordered Zakharchenko be held for two months on charges of receiving a bribe, abuse of office and obstruction of an investigation.

Investigators say the cash, in US dollars and euros, was found stashed in a bag in the apartment’s study.

Authorities are investigating if the bribe money is tied to a 26 billion ruble (US$ 401.69 million) embezzlement scheme involving the now-defunct NOTA-Bank, state news agency TASS reported. Authorities obtained evidence of Zakharchenko’s connection to the case during the investigation of two bank executives earlier this year, the news agency quoted an anonymous law enforcement official as saying.

NOTA-Bank was once among Russia’s top 100 banks in terms of assets, but in November 2014 the Russian government revoked the bank's operating licence for failing to meet minimum capital requirements.