Transparency International (TI) released its first corruption assessment on Albania Thursday, and the news is not good: Albania is home to some of the worst corruption in Europe. 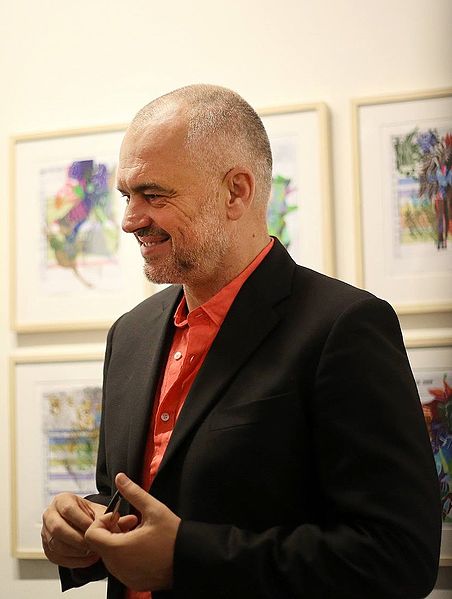 Prime Minister of Albania Edi Rama (Photo: Edi Rama Press CC BY-SA 4.0)And if the country does not get serious about cleaning up its act, its bid to join the European Union (EU) could be derailed, said Cornelia Abel, TI’s Coordinator for Southeast Europe and Western Balkans.

"It is troubling that institutions that are set up to ensure decision makers act in the interest of Albanian citizens are not given the strength, impartiality and resources to do so," said Abel.

Anti-corruption institutions in Albania are regularly subjected to political pressure, preventing them from implementing meaningful reforms. Such institutions include the Prosecutor’s Office, the High Court, the Central Election Commission and the High Inspectorate for the Declaration of Audit of Assets and Conflict of Interest, TI said in a release.

Albania began trying to join the EU in 2014. Before that can happen, it must meet a series of goals, including fighting organized crime and ending Albania’s endemic corruption issues together with reforming the judiciary.

International observers praises Albania in July when the parliament passed a hard-fought judicial reform package 18 months in the making; however, the government has yet to fully implement the measures.

"Several laws of the justice reform package remain to be adopted by Parliament, and all eyes are on the government and the opposition to work together to make this reform real,” said Abel. “Much more needs to be done if Albania aspires to start accession negotiations with the EU."