Romanian authorities arrested the police chief of the southeastern town of Mizil and three alleged members of a prostitution ring whose operations the chief allegedly protected. The group is accused of coercing minors into prostitution. 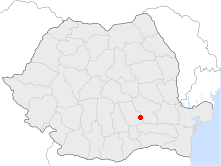 Prosecutors believe the group has been active since December 2015, when its members started recruiting girls for street prostitution.

The girls, say prosecutors, were coerced into daily prostitution, often with physical abuse.

Rotaru is believed to have protected the pimp network, using his powers as police chief to help them escape prosecution. According to the local Romania Journal, some of the exploited girls complained to police in Mizil, but the office, run by Rotaru, would not act on these complaints.

Prosecutors also believe Rotaru demanded sexual favors from the prostitutes in return for his help.

According to a number of local media sources, the Prahova County Court accepted a request by prosecutors to hold the defendants in preventive arrest for 30 days.

The US Department of State considers Romania to be a source, transit and destination country for sex trafficking, and says Romanian nationals represent a “significant source” of sex trafficking victims across Europe. Many of those victims, including children, are forced into prostitution by organized crime groups.

The State Department’s 2015 Trafficking in Persons Report says, “Government officials have been convicted of human trafficking crimes, and there have been reported instances of local officials obstructing trafficking investigations.”

At the end of August, Romanian police raided several locations and arrested eight people as part of an international crackdown on a Romanian prostitution ring that operated within 10 cities in the United Kingdom.