A Russian court issued an arrest warrant Wednesday for the former Russia head of telecommunications firm VimpelCom in connection with a 800 million ruble (US$ 12.5 million) bribery case in the country’s north. 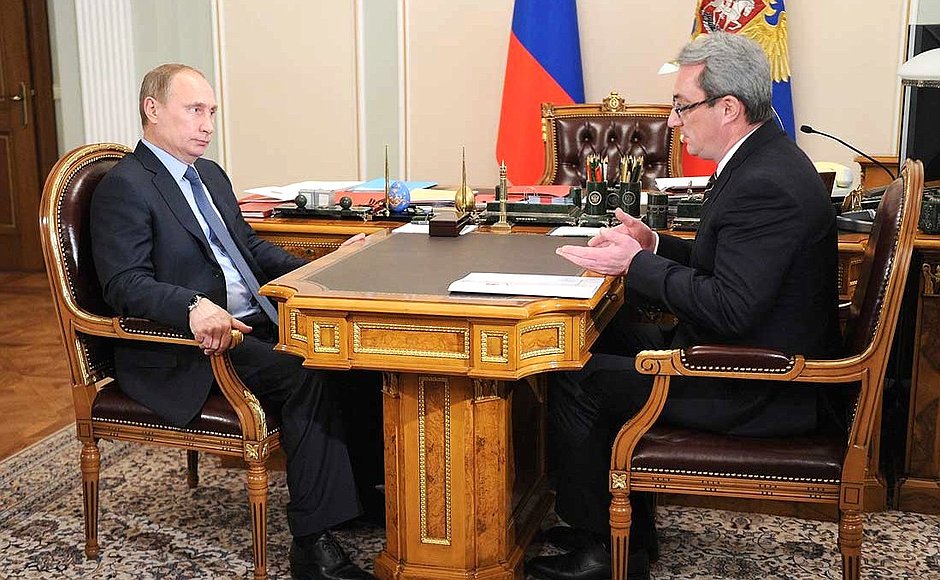 Vyacheslav Gaizer meeting with Vladimir Putin in 2013 (Photo: kremlin.ru)Mikhail Slobodin is accused of taking part in the bribery of officials in the Komi Republic, a region to the west of the Ural Mountains, while working at energy firm Integrated Power Systems (IPS), which has now been renamed T-Plus, state news agency TASS reported.

Slobodin resigned his post at VimpelCom on Monday after Russian authorities said he was wanted for questioning over the case. He told Russian newspaper Vedomosti on Monday that he was on a business trip in France but would return by the end of the week to face the accusations.

"We were genuinely doing business in the Komi Republic," he told the newspaper. "We will find out what we are accused of and answer all questions."