Albania’s parliament passed a law on Tuesday requiring background checks of prospective judges and prosecutors, despite resistance from the country’s opposition. 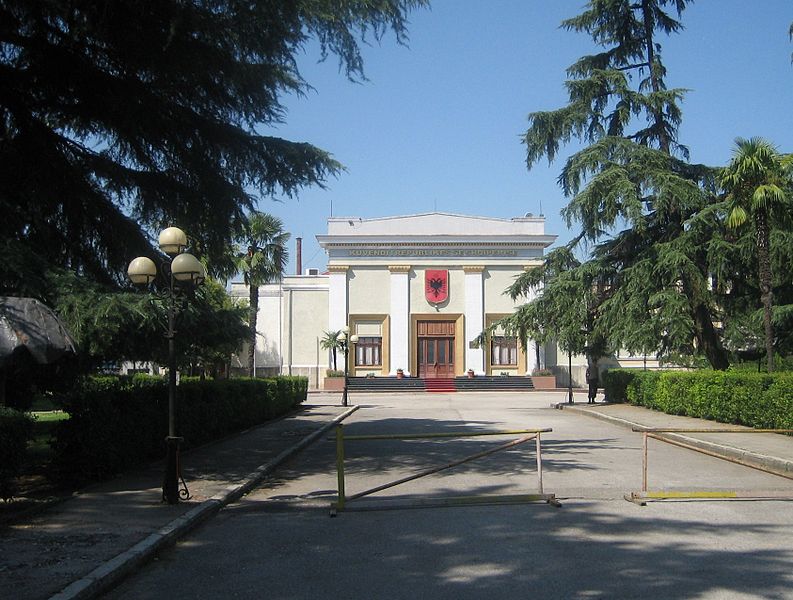 Albanian Parliament building (Photo: Gertjan R., CC BY-SA 3.0)The law, made with input from the United States and the European Union, is one of several that must be passed in order for the country to implement constitutional amendments passed on July 22 that are aimed at reforming the justice system.

The 140-seat parliament passed the law with 88 votes in favor.

The opposition Democratic Party (DP) boycotted the vote, with lawmakers walking out of the chamber. The party has argued that the selection process for the Independent Commission of Qualification, which will carry out the vetting, is unfair and would allow the majority to carry out a “witch hunt” against opponents.

The US Embassy in Tirana welcomed the adoption of the law, saying it is an “important step in carrying out the constitutional amendments passed unanimously on July 22.”

A report by Albania's commission for justice sector reform in June last year found that corruption is entrenched at all levels of the country's judiciary. The report included allegations of judges paying bribes to secure better postings.