The chief of Bulgaria’s border police and his deputy have resigned after reports that the police had granted a contract for transporting migrants to a company linked to a suspected people smuggler. 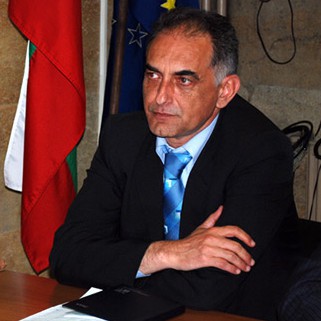 Antonio Angelov (Photo: nsgp.mvr.bg) Antonio Angelov and his deputy Yotko Andreev resigned Monday at the behest of Prime Minister Boyko Borissov, following allegations that they signed a contract with a company called Edelvais 0707 for the transportation of migrants to accommodation centers in the country.

The company was reportedly owned by Grigor Toshkov, who was arrested in June driving a bus carrying 65 undocumented migrants near the border with Turkey. Following his arrest, Toshkov reportedly transferred ownership of the company to his father.

Prime Minister Boyko Borissov ordered the resignation of Angelov and Andreev on Monday, and has labeled the episode “shameful.”

"One could say that there is a 'business partnership' between human traffickers, the border patrol and the Bulgarian police. The partnership is tolerated by those in charge," he was quoted as saying.