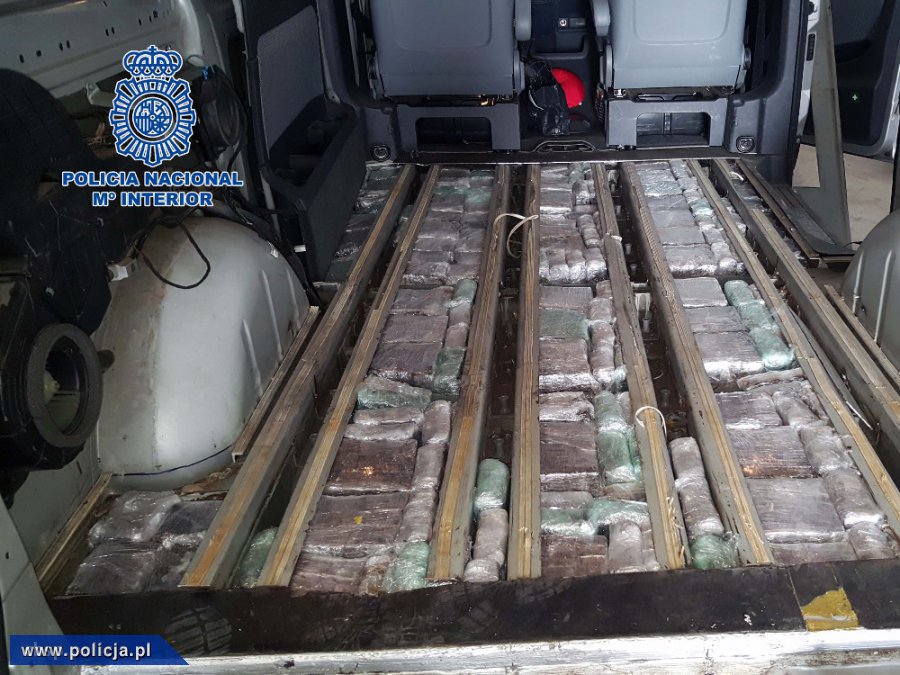 One of the drug seizures (Photo: policja.pl)The operation involving Danish, French and Polish police, and coordinated by Europol, ensnared 12 Polish citizens, as well as seven Spanish suspects, two Ukrainians, a Lithuanian and German, who were either members of or in business with the Polish “Pruszkow” criminal gang. The group is suspected of involvement in a range of crimes including drug smuggling, murder, extortion and kidnapping.

Among those arrested was a 47-year-old who went by the alias “Bandit” and had reportedly served an earlier sentence in Poland in the 1990s for his involvement with the gangs.

According to Europol, the group was partially dismantled last century, with key members receiving long prison sentences. Spanish police said the group moved its operations to the city of Malaga after an “extensive criminal career in Poland”.

Police seized about €2 million worth of property from the suspects, as well as bank accounts and vehicles worth about €137,000 and €45,000 in cash, firearms and documentation.

The crackdown came after a months-long string of police operations which saw multiple arrests and seizures throughout the last few months, including two seizures of drugs originating from the group in France and Denmark during April and May this year.

The seven Spanish nationals who were arrested were allegedly supplying the drugs to the Polish gang.