Romanian authorities have dismissed as a fabrication a Sky News report on gun runners in the country who are selling military-grade weapons that could end up in the hands of criminals and terrorists. 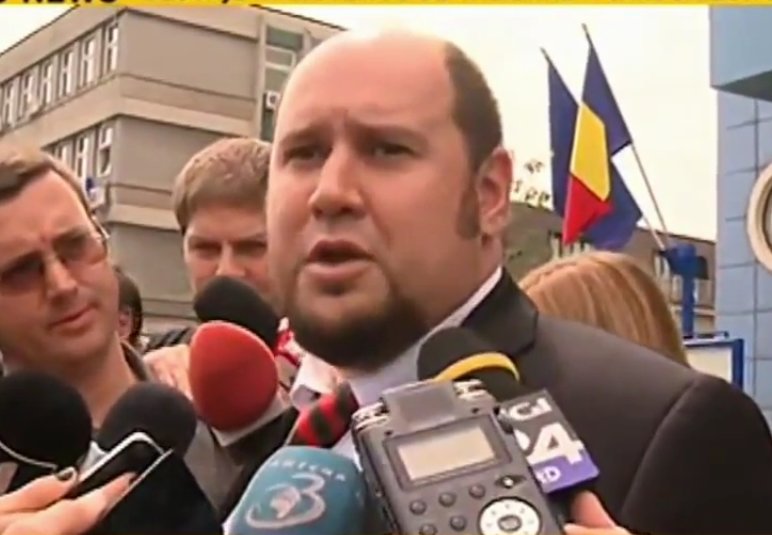 Daniel Horodniceanu (Photo: B1TVChannel, screenshot, cropped) The Sunday report shows a meeting between British journalist Stuart Ramsay and masked men on a Romanian back road in which the men offer weapons including assault rifles and sniper rifles smuggled from the Ukraine, and express willingness to sell to anyone for the right price.

The report, Sky said, came “after months of negotiation with a Romanian gang” and reveals an illegal arms network that “would sell to absolutely anyone; bank robber, mass murderer or terrorist.”

Romanian officials, however, say the report is pure fiction.

The gun runners in the video were people paid to play a role in “a scenario made up by British journalists,” Daniel Horodniceanu, the chief prosecutor of Romania's Directorate for Investigating Organized Crime (DIICOT), told reporters Wednesday.

Horodniceanu accused the journalists of searching out Romanians to play the parts and using legal hunting weapons in the scene.

Local media identified one of the men in the video as Aurelian Szanto, a Romanian living in the United Kingdom. He was quoted as saying he was told by the journalists that he was being hired for a documentary, and that his role would be disclosed as fictional.

Sky News is backing its report.

“Stuart Ramsay is one of our most experienced and tenacious journalists with a long history of delivering major stories from around the world. He’s delivered a robust report on gun-dealing in Romania and Sky News fully stands by the story,” the Guardian quoted a spokeswoman as saying.

Ramsay himself posted a response to the accusations on Twitter, saying: “Ha! Calm down everyone. Story is true. Nobody paid. Nobody scripted. Weapons real. Arrests happening. Govt embarrassed. Deal with it.”