An investigation by the Organized Crime and Corruption Reporting Project (OCCRP) and partner the Balkan Investigative Reporting Network (BIRN) revealing Central and Eastern European arms exports to the Middle East has sparked debate in Germany, with the opposition questioning Berlin’s own role in the trade. 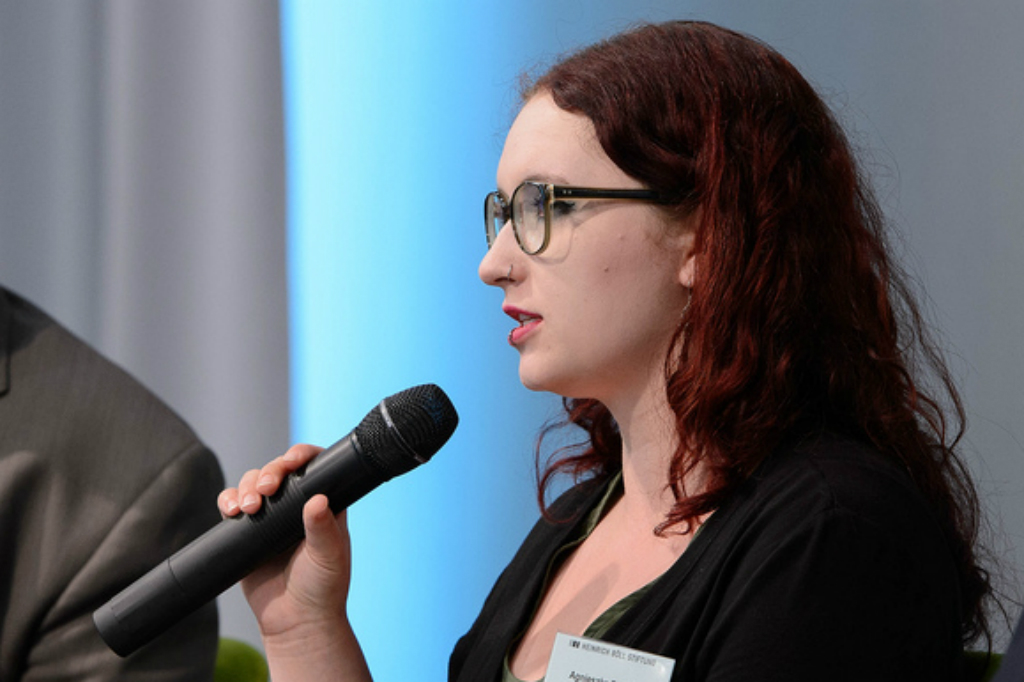 Agnieszka Brugger (Photo: Stephan Röhl, CC BY-SA 2.0)Agnieszka Brugger, the spokesperson on disarmament and arms control for Germany’s opposition Green Party, welcomed the OCCRP / BIRN investigation, which showed how weapons exported from the region to countries such as Saudi Arabia are ending up with armed opposition groups in Syria.

The Green Party and the left-wing opposition Die Linke have long argued that Germany must toughen its stance on exporting arms to Saudi Arabia.

"Comments made by Foreign Minister Frank-Walter Steinmeier sound very, very cynical to me. For example, when he says that Saudi Arabia is an anchor of stability in the region, and we must maintain good relations with it,” Brugger told Deutsche Welle on Monday.

“The human rights situation in Saudi Arabia has gotten worse, not better," she added.

However, Vice-Chancellor and Minister for Economic Affairs Sigmar Gabriel has said Germany has already tightened oversight, adding “post-shipment controls” in response to the earlier diversion of German exports to war zones.

"This means that the recipients of exports will agree to let German officials check in the recipient country whether the weapons are where they are supposed to be," Deutsche Welle quoted Gabriel as saying.

He added that the controls have not been used yet because there had so far been no shipments that would call for such measures.

Under Gabriel, Germany has reduced the number of arms export licenses it has issued. However, the country approved last week the delivery of shooting simulators to Saudi Arabia and tanks to Kuwait, Deutsche Welle reported.

The recent investigation by OCCRP and BIRN revealed that since 2012, Bosnia and Herzegovina, Bulgaria, Croatia, the Czech Republic, Montenegro, Slovakia, Serbia and Romania have agreed to weapons and ammunition exports worth at least €1.2 billion ($US 1.34) to four countries supporting Syria’s armed opposition.

The bulk of the deals, totaling €829 million, were made with Saudi Arabia.

The exporting countries granted the licenses despite evidence that many weapons are being diverted to Syria and ending up with opposition groups, including Islamists, with well-documented histories of committing atrocities.