Italian authorities said Wednesday they seized €44 million (US$ 48.95 million) in assets from an alleged senior mafioso who was so obsessed with emulating Al Pacino's role in the classic 1983 gangster film “Scarface” that he had a replica of the throne from the movie built for his villa. 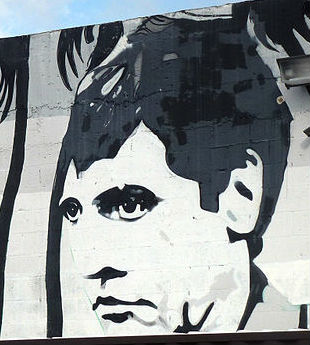 Graffiti of Tony Montana (Photo: redleaf, CC BY-SA 2.0, cropped)The man, identified in media reports as William Alfonso Cerbo, was arrested in April 2014 alongside 15 of his alleged associates in an operation dubbed “Scarface.”

Italy’s Financial Guard said the would-be Tony Montana managed the finances of a Catania-based Mafia clan, and was also engaged in extortion and loan sharking. He is currently under house arrest on organized crime charges.

The clan laundered the proceeds of its criminal activities via the establishment of multiple “commercial enterprises, amateur sports associations and non-profit organizations,” police said. Cerbo declared just €80,000 (US$ 89,000) in income over 14 years, far below what authorities said were earnings of over €2 million.

Police confiscated the villa housing the throne, as well as 20 companies, luxury watches, and dozens of properties across Italy. They said Cerbo had even devised plans to remodel his villa to resemble the fictional Montana’s Miami mansion.