Kosovo’s chief prosecutor said Wednesday he could not reopen an investigation into high-level influence peddling, despite the leak of wiretaps from 2011 in local media that purportedly reveal abuse of power by the ruling party. 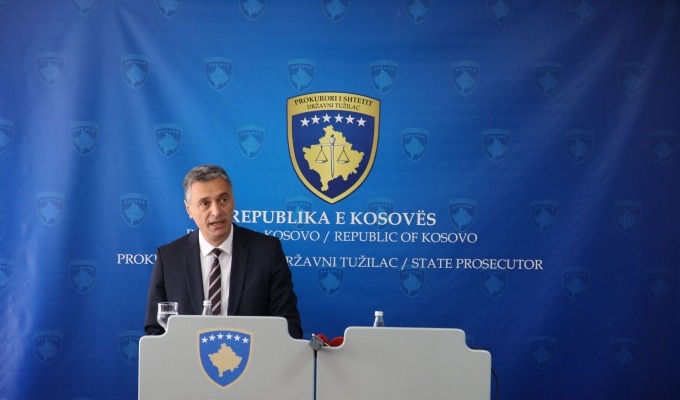 Aleksander Lumezi (Photo: Republic of Kosovo State Prosecutor)Chief State Prosecutor Aleksander Lumezi told a press conference that the recordings released by news portal Insajderi on Monday were genuine wiretaps ordered by a pretrial judge in 2011, but that an international prosecutor had already determined they did not establish a “well-grounded suspicion” of wrongdoing.

Insajderi reported that Grabovci, then deputy transport and telecommunications minister, made these arrangements in concert with PDK head Kadri Veseli and President Hashim Thaci, whose voices reportedly featured in the recordings.

The recordings were part of an earlier investigation by the European Union Rule of Law Mission in Kosovo (EULEX) into allegations against Grabovci of abuse of power and organized crime.

Chief prosecutor Lumezi said it was too early to say if the probe could be re-opened, but any new investigation would require fresh evidence.

Opposition Vetevendosje party lawmaker Galuk Konjufca condemned PDK leaders in a press conference Tuesday, saying they have “no legitimacy to take major decisions for the state.”

Insajderi has said it will publish more wiretaps.