Lawyers for Moldovan banker Veaceslav Platon, who was arrested in Ukraine on Monday, are seeking to delay his extradition to face embezzlement charges in his home country, according to local media. 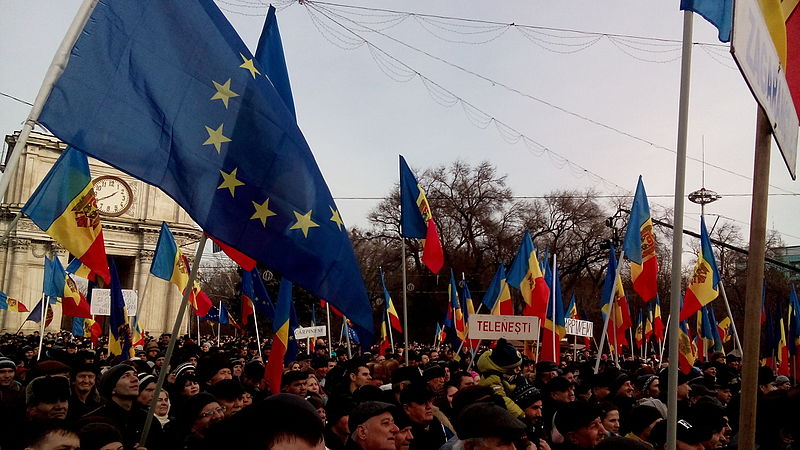 A protest in Chisnau, Moldova, 2016 (Photo: Gikü, CC0 1.0)John R. Sandweg, a US-based lawyer for Platon, wrote to Ukraine’s prosecutor general on the day of Platon’s arrest, arguing that the banker needed to stay in Ukraine to assist US law enforcement in their own investigation into the theft of more than US$ 1 billion from Moldovan banks, according to a copy of the letter carried by Ukrainian website Pravda Evropeyskaya.

Platon was a “critical witness” in the investigation, Sandweg wrote.

Sandweg did not reply to questions sent to him by OCCRP via email. Andrei Demartino, a spokesman for Ukraine’s prosecutor general, declined to comment.

An investigation by OCCRP partner RISE Moldova found Platon, a former parliamentarian, had spent the months leading up to his arrest trying to take over another Moldovan bank.

Platon’s arrest is linked to allegations that he took part in a scheme using offshore companies to anonymously take over ownership of several of Moldova’s banks and then using other shell companies to siphon their funds. Three banks tied to Platon closed as a result, with Moldovan taxpayers forced to foot the bill.

The hijacking of Moldova’s banks – and their use in multi-billion dollar international money laundering schemes – has brought the country’s financial system to the brink of collapse. International moneylenders, including the International Monetary Fund and the World Bank, have scaled back or stopped assistance amid the scandals.