Hermitage Capital Management, the company of late Russian whistle-blower Sergei Magnitsky, has demanded that Lithuanian prosecutors reopen a suspended investigation into the laundering of tens of millions of dollars believed to have been siphoned from the Russian government. But months later, authorities still haven’t moved on new evidence. 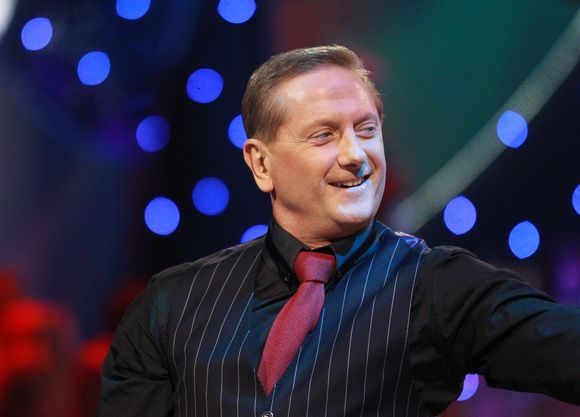 Vladimir Romanov (Photo: Irmantas Gelūnas / 15min.lt)The demand, made two months ago, came after an OCCRP Panama Papers investigation revealed that some of the “Magnitsky money” – a sum of US$ 230 million stolen from Russia’s treasury – found its way into offshore accounts tied to Russian President Vladimir Putin’s close friend, Sergei Rodulgin.

Magnitsky, then a lawyer working for Hermitage, raised the alarm about the tax fraud in 2007. He died slowly of abuse and neglect in a Russian jail in 2009.

Hermitage lodged a complaint with prosecutors in May claiming that roughly US$ 100 million of the money was laundered through Ukio Bankas, a defunct local bank whose main shareholder was Russian-born Vladimir Romanov. Russia granted asylum to the banker, who is wanted in Lithuania on embezzlement charges, in 2014 after Ukio Bankas was shut down for numerous violations.

Lithuanian authorities had earlier investigated claims that tens of millions of dollars in Magnitsky money had been laundered through Ukio Bankas, but suspended the investigation in 2013, saying there was no evidence of Lithuanian involvement in the crime.

In the new complaint, addressed to Prosecutor General Evaldas Pasilis, Hermitage urged authorities to reactivate the case in light of revelations in the OCCRP report tying Rodulgin to companies laundering money at the bank. Hermitage also said it had identified 20 employees and principals of the bank who had broken anti-money laundering laws.

“The connection to Roldugin makes (this) one of the most important corruption discoveries in recent memory because it connects the crime that Sergei Magnitsky discovered to Putin’s trustee,” Hermitage said in a statement provided to Lithuanian news site 15min.lt, an OCCRP partner. Prosecutors showed a “huge error of judgment” by suspending the case in 2013, it said.

Despite the company having provided detailed documentation to match its new complaint, authorities appear to have taken no action. The prosecutor in charge of handling the suspended case, Donatas Puzinas, said he was not even aware of Hermitage’s complaint.

“It’s the first time I heard about it,” Donatas Puzinas, a prosecutor at the Kaunas district prosecutor’s office, told 15min.lt.

Based on authorities’ earlier probe, Puzinas disputed the likelihood that US$ 100 million in Magnitsky money was laundered through the bank.

“No, the sum is five times smaller. I can’t name an exact figure now, but (the initial probe) concerned twenty-something million,” he said.

The prosecutor said his office found proof of laundering in their investigation, but had no jurisdiction because the crime did not involve Lithuanian citizens and did not happen in the country’s territory.

But Hermitage disputes this. In their statement to 15min.lt, they said there was clear indication of complicity by bank officials in Ukio Bankas' headquarters in the Lithuanian city of Kaunas.