Belarusian journalist Pavel Sheremet - whose reporting had challenged authority from Minsk to Moscow and Kyiv - was killed in an apparent car bomb in the Ukrainian capital on Wednesday. 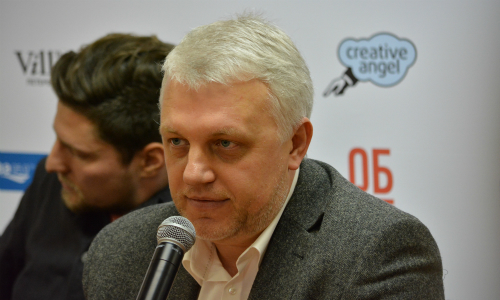 Pavel Sheremet (Photo: Okras, CC-SA 4.0)Sheremet, 44, was killed by an explosion that obliterated his car while driving through Kyiv in the early morning, Ukraine’s interior ministry said. Photos and videos posted on social media showed the car engulfed in flames.

"This is the result of an explosive device. This is murder," Ukraine’s prosecutor general, Yuri Lutsenko, wrote on Facebook.

Ukrainian President Petro Poroshenko called on Facebook for law enforcement to find and punish those behind the attack.

Sheremet worked in Kyiv at the online news outlet Ukrainska Pravda and presented programs on television and radio. The car he was driving belonged to Ukrainska Pravda founding editor Olena Prytula.

In 2014, Sheremet resigned from Public Television of Russia in protest over coverage of the conflict in Ukraine, saying that journalists who did not follow the "style of Kremlin propaganda" were "hounded" by Russia’s government.

Threats are nothing new for journalists in Ukraine. Ukrainska Pravda co-founder Goergiy Gongadze, who covered high-level corruption and was an outspoken critic of former president Leonid Kuchma, went missing in 2000. A headless body thought to belong to Gongadze was later found by a farmer outside the town of Tarashcha.

"We are deeply disturbed by Pavel's murder,” Organized Crime and Corruption Reporting Project Editor Drew Sullivan said, “It is an increasingly hostile environment toward journalists in Ukraine and we ask the government to move swiftly and justly to find the perpetrators of this crime."

"Our deepest condolences to the staff at Ukrainska Pravda and to all who knew and loved Pavel. He was a true gentleman and an inspiration to many."

*An earlier version of this story incorrectly stated the name of the television station Sheremet resigned from in 2014. He resigned from Public Television of Russia.