A Belgrade court on Saturday overturned an 11 year sentence against an associate of Serbian “Cocaine King” Darko Saric, ordering a retrial less than two months after a conviction against Saric was similarly quashed. 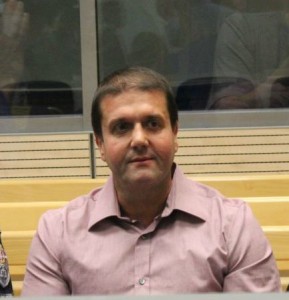 Darko Šarić (Photo: Stevan Dojčinović, chief editor of KRIK)The appeals court in Belgrade found that the October 2015 conviction of Mihajlo Djokovic did not follow correct procedure, it said on its website.

A Belgrade court had convicted Djokovic in October 2015 for smuggling 1,825 tons of cocaine from Argentina to Western Europe.

The court found Djokovic was paid at least € 80,000 (US$ 88,884) for his role in the trafficking operation, which involved the export of cocaine bought in Argentina to Europe by ship.

Saric, who has been depicted in the regional media as one of the Balkan’s biggest drug kingpins, had his own 20 year sentence quashed in May due to administrative violations and a retrial was ordered.

Along with more than 20 associates, Saric was convicted in July 2015 after a five year trial on multiple indictments for smuggling 5.7 tons of cocaine into Europe and laundering an estimated € 22 million in profits. The May court decision also ordered retrials for others setenced alongside him.

Saric gained notoriety after he was able to operate under the eyes of law enforcement in several countries for years, raising accusations he had benefited from strong connections with powerful business and political figures in Serbia and Montenegro.