On May 12, 2016, David Cameron convened an anti-corruption summit with politicians, officials and civil society organizations to agree on how to fight corruption and improve accountability. 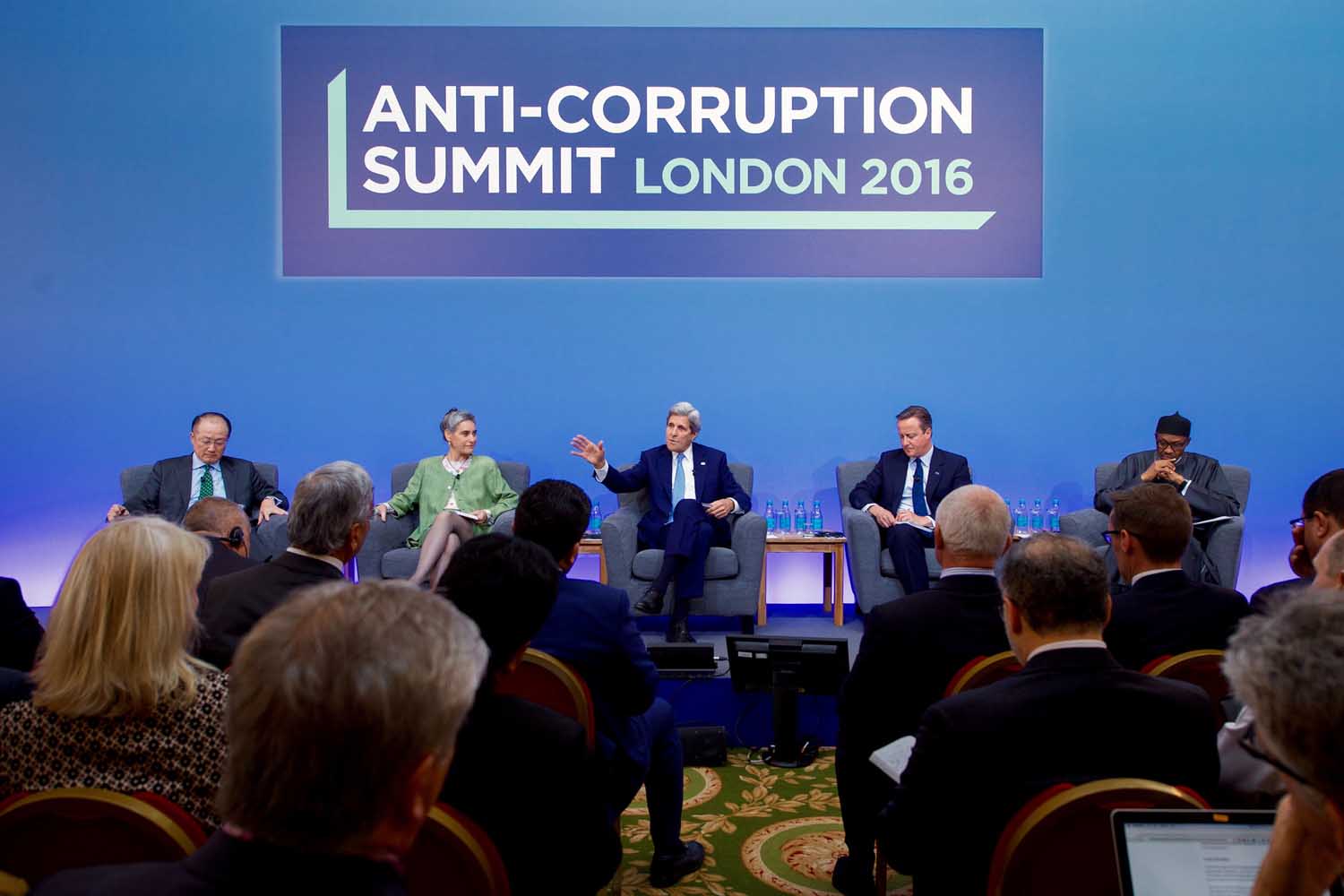 It was supposed to be a showcase for Britain’s continuing influence on the world stage. The small island nation was still a big draw. The prime minister, still fresh from the previous year’s triumphant and unexpected election victory, was burnishing his legacy, preparing to leave on a high at a time of his own choosing.

A few weeks later, Cameron is a political lame duck and his legacy is in tatters. A shock vote by the British electorate to leave the European Union (EU) may have turned him from the Conservatives’ golden boy to history’s whipping boy.

But what does it mean for efforts to combat organized crime and corruption?

Less than two weeks after the historic vote, the political and economic establishment of the United Kingdom (UK) is reeling from the unexpected result. Far from resolving the question of the country’s place in Europe, the mood is one of uncertainty and instability.

London’s jealously guarded status as a global financial center has come under threat as a result of the referendum. France and Germany are already moving to attract businesses away from the Square Mile and into “safe havens” like Paris and Frankfurt.

An estimate by professional services firm Deloitte suggests that the City manages more than US$ 1.65 trillion in client assets. Its close ties to offshore jurisdictions like the British Virgin Islands and Guernsey ensure that the people who really own these assets are often masked.

While the National Crime Agency (the UK equivalent of the FBI) says the total amount of money laundered through Britain is unknown, their latest estimate suggests that “hundreds of billions of US dollars of criminal money almost certainly continue to be laundered through UK banks, including their subsidiaries, each year”.

Yet at the same time London pays almost a third of the UK’s tax, according to a new report by the think tank Centre for Cities. The country is utterly reliant on the continued prosperity of its economic crown jewel.

Key to the attractiveness of the City is the so-called “financial passport”. This is the mechanism by which British banks and financial institutions can provide services across the EU from a UK base. Equally importantly, it also enables subsidiaries of American and Swiss banks to do so. This was why companies like Goldman Sachs and JPMorgan were strongly in favor of a Remain vote.

Without the passport, it’s likely that such banks will have to establish subsidiaries elsewhere in Europe. Contingency plans are already swinging into action. The Financial Times reported just three days after the vote that thousands of banking jobs were in the balance, with Dublin, Frankfurt and Paris the main contenders to benefit from the UK’s decision.

Financial services experts seem to agree that the UK’s regulatory environment will not change significantly as a result of Brexit. Emphasis is regularly placed on the importance of formal “equivalence” with EU rules when trading with third countries, reducing the need for extra compliance checks.

A key question will be whether in a more difficult competitive environment, banks and other major corporations will be as stringent in checking the status and quality of customers. Their track record on this is already uneven. If it becomes harder to attract high-paying customers, there is a strong chance that anti-money-laundering checks, or know-your-customer tests, may be relaxed, even unconsciously.

Another consideration is the influx of dirty money into London’s property market. OCCRP has long documented the tendency for oligarchs and corrupt politicians to invest in luxury mansions in the UK capital’s most sought-after neighborhoods.

The referendum result saw the UK’s currency, the pound, drop to 31-year lows against the dollar. This weakening could encourage even more foreign investment in the housing market. According to the Guardian, Arcadis, a property consultancy, has already seen a “flurry of interest” from overseas buyers since the vote.

But set against that is the likelihood of continued instability in the economy and the real possibility of property price deflation, making London lodgings or high-end offices less of a sure thing than Parisian pied-a-terres or mansions in Manhattan.

Since the vote, according to Bloomberg, seven investment funds have frozen or curbed withdrawals from real estate vehicles as panicked investors sought to retrieve their cash.

The overall impact is too early to quantify, but uncertainty discourages investment – and Britain may face uncertainty for up to a decade. Analysts at a wide range of banks have consistently given a starkly negative view. Deutsche Bank commentator George Saravelos suggested that “A period of exceptional uncertainty now starts for the UK” while Fabrice Montagne of Barclays said “The UK economy is likely to enter a period of stagflation”.

The importance of collective action

Successful exercises in exposing criminality generally rest less on lofty ambitions than on nimble reporters and researchers who are able to follow, document and expose increasingly sophisticated criminal activities on the ground. The best recent example of this was the Panama Papers investigation that drew together a team of several hundred muckrakers and had a huge impact across the world.

Conversely, the work and impact of transnational law enforcement is almost always glacial with complex information-sharing agreements - “Mutual Legal Assistance Treaties” - taking many months or even years to conclude.

So it’s unsurprising that anti-corruption advocates are united on the importance of nations working together more, and doing it more efficiently. As a result, Britain’s decision to withdraw from the EU has been met with considerable concern by anti-corruption experts.

Global Witness CEO Gillian Caldwell put it like this: “So much of the progress we have made over the past 15 years has relied on the power of collective action within the European Union. Our ability to stop developing countries being robbed of their natural resources and to create a just, sustainable world depends on international and regional collaboration.”

The same theme was echoed by the head of Transparency International’s UK chapter, Robert Barrington, who suggested with typical English understatement that “a combination of the complicated divorce from Europe, economic uncertainty and very possibly domestic political instability” might not constitute “the best conditions for an effective fight against corruption.”

Much will depend on the UK government’s priorities. Collaboration with other nations requires an outward-looking approach that runs counter to the theme of sovereignty that dominated the referendum campaign. Britain may now be perceived by the rest of Europe as an increasingly isolated and truculent nation, one that has deliberately set itself against common political values and goals, including anti-corruption.

Those priorities will also be chosen by a new Conservative Prime Minister. Whoever takes over from David Cameron faces a difficult task convincing large swaths of the country that their voice has been heard.  Further regulation of a still-smarting City to thwart illegal financial flows will not likely be high on the agenda.

From the perspective of those who are concerned about organized crime and corruption, the concern is that the UK will now double down on its status as an effective tax haven. Its uneven economy, for so long so reliant on financial services, may become a kind of super-offshore. The Chancellor, George Osborne, has already signaled his wish to cut corporation taxes even further, to 15 percent. Meanwhile Andrea Leadsom, the current second-favourite for the Conservative leadership, is said to want to make the UK “Singapore on stilts”.

Whatever happens next, it’s clear that the historic vote and its political and economic fallout will define British politics for years to come. Civil society organizations, journalists and concerned individuals will have to work even harder to keep corruption and organized crime on the agenda.