Albania: Cannabis Production Far From Coming to an End

Two years after a massive police raid in the renegade Albanian village of Lazarat, not much has changed in the region’s cannabis production, aside from a shift in the geography of cultivation, according to Balkan Insight (BIRN). 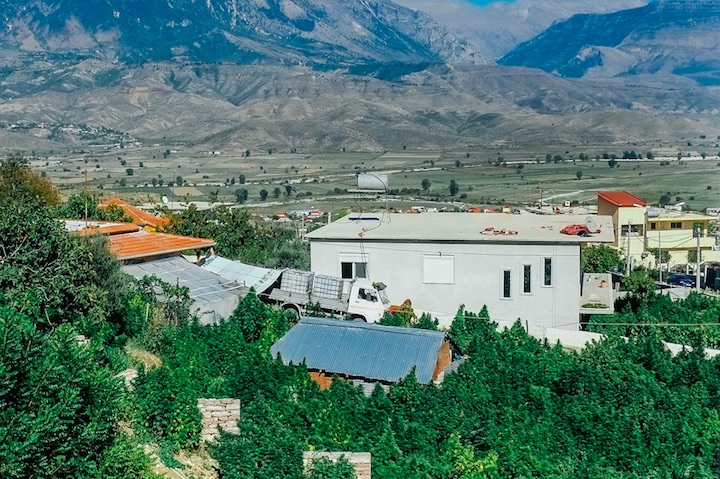 Lazarat Village, Albania (Photo:Wikipedia)In June 2014, 800 police officers were deployed in Lazarat – considered “Europe's cannabis capital” – as part of a nationwide police operation to crackdown cannabis plantations in the country. The authorities gained control of the village after a five-day shootout between heavily armed villagers and the police forces.

In addition, most of the large planted areas are state properties, and criminals have also started to plant the crops in forests and remote mountain areas.

The village had been producing about 900 tons of marijuana per year, worth € 4.5 billion (US$ 4.9 billion) or nearly half of Albania's gross domestic product.

According to the US State Department 2016 International Narcotics Control Strategy Report (INCSR), the Albanian State Police (ASP) reported that through the first 10 months of 2015, the marijuana seizures totaled 6.87 metric tons and an ongoing nationwide eradication effort has also destroyed 689,815 marijuana plants.

Qato said that there has been a significant drop in the amount of cannabis entering Albania's neighbors in the last years.

However, he said, up to mid-June, the police had destroyed a larger quantity of cannabis plants compared to the same period in 2015. Police reports also show that the cultivation of cannabis plants remains widespread in the country, according to BIRN.

Participation in any stage of the production and trafficking of drugs is a criminal activity in Albania. Offenders involved in the production, sale, distribution and possession of drugs can face between five to 10 years in prison, while drug trafficking entails between seven to 15 years.

“One of the factors that has increased cannabis cultivation in the country is impunity, as a result of the low quality of investigations,” Andi Dura, a lawyer and lecturer in criminal justice at the European University of Tirana, told BIRN.

Pjerin Ndreu, vice-director and Socialist MP in the Albanian Parliament’s commission on National Security, told BIRN that unemployment, corruption and money laundering are factors that have contributed to the activity. He also said that the lack of cooperation between other institutions and the police has make the fight harder.

Nikoleta Kovaci, a journalist covering police and crime issues at Shekulli newspaper, told BIRN, “A lot of other institutions could also help but are satisfied just to observe and are not doing their duty. It is time to change the approach.”

Albania remains a major source country for marijuana, according to the US State Department, with Greece and Italy as the main destinations for cannabis and its derivatives according to the European Monitoring Center for Drugs and Drugs Addiction (EMCDDA).

Organized criminal groups use Albania as a transit point for drug and human trafficking largely due to its geographically strategic location, weakened law enforcement and judicial systems as well as porous land borders, according to a 2013 UNODC report.