EU: Plan to Crack Down on Illegal Wildlife Trade Approved

The Ministers of the European Union’s Environment Council unanimously approved the conclusions of the EU Action Plan against wildlife trafficking and poaching, strengthening the fight against these activities within the EU and globally. 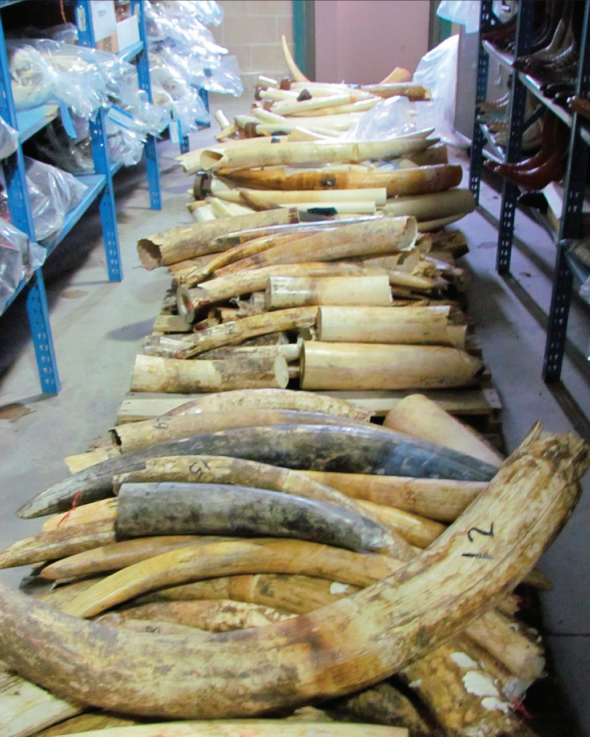 Seized ivory (Photo Credit: Wikipedia)On Monday, the Council agreed to implement a five-year plan, which was approved by the European Commission last February. This plan could have been implemented from that moment on, but the Council’s conclusions on Monday “send a political signal of EU Member States’ support to the plan,” said Ester Arauzo Azofra, press officer at the Council of the European Union in an email to OCCRP.

Illegal wildlife trade is worth US$7 to 23 billion per year. Environmental crime is estimated to generate between US$ 91 to 258 billion annually, a 26 percent increase from 2014. According to Interpol, this value makes environmental crime the fourth largest in the world after drug trafficking (US $344 billion), counterfeit crimes (US $288 billion) and human trafficking (US $157 billion), according to an Interpol report.

“High profits, coupled with the low risk of detection and the penalties, generally much lower than for trafficking in drugs or firearms, make wildlife trafficking an attractive area for organized criminal groups,” according to the EU Commission.

The EU is a destination market and transit region for illegal wildlife trade, and a source or export region for trafficking in endangered species – a facet usually underestimated by enforcement agencies, “which tend to focus instead on checking goods imported into the EU or in transit through it,” according to the EU Commission.

The continent accounts for around “a third of all ivory seizures worldwide, with Belgium, France, Portugal and the UK acting as key transit routes,” according to the International Fund for Animal Welfare. The main countries of origin of products exported illegally to the EU include the US, mainland China and Hong Kong, and Thailand.

The plan includes 32 measures – such as strengthening the “engagement of rural communities in the management and conservation of wildlife” and boosting the “capacity of relevant experts to tackle the links of wildlife trafficking with organized crime,” according to the document. It also sets out “who is responsible for implementation, by which timeline and what the expected results are.” The Commission will be monitoring the implementation of the measures and will assess the results at the end of 2020.

The plan aims to end poaching and trafficking of protected species, reduce the demand and supply of illegal wildlife products, implement and enforce the existing rules, and increase cooperation among countries and with international organizations.