Romania: Decision Could Ease the Way for Corruption

The Constitutional Court (CCR) is expected to rule Wednesday on decriminalizing the offense of abuse of office. The National Anticorruption Directorate (DNA) has warned that if this happens, it will seriously weaken the country’s fight against corruption. 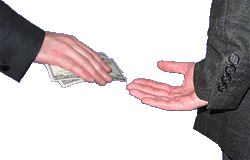 Laura Codruţa Kovesi, chief of the DNA, told Digi24 on June 9, “Forty-two percent of the cases investigated by the DNA include offenses of abuse of office, and the damage amounts to € 620 million (US$ 696 million) in just the files handled last year.”

“The state can say goodbye to this money, public servants can do whatever they want, and those who lose are the citizens,” said Kovesi. “We want the state to want to investigate high-level corruption cases. In order to do this, we need legislation.”

Meanwhile, the National Union of Judges of Romania (UNJR) asked Kovesi in a statement Monday “to cease pressures on the Constitutional Court before the ruling on the constitutionality of abuse of office.”

The statement continues, “The use of popular pressure on the Constitutional Court is out of the democratic framework.”

Kovesi has said that most corruption in the country’s health system involves bribes, which can be prosecuted as abuse of office, according to Digi24.

“Bribes in the health system are higher than in other fields and sometimes [amount to] up to 20 percent of the contracts,” she said.