For the ninth year running, a group of organizations coordinated by Interpol has shut down nearly 5,000 websites illegally selling drugs and medicines worldwide. 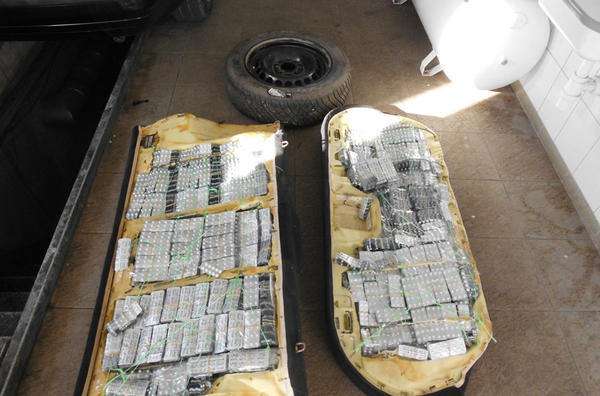 Anxiety medication tablets seized from a car in Hungary (Photo: Interpol) Operation Pangea, involving 103 countries and 193 police, customs and health regulatory authorities, shut down 4,932 websites, more than twice as many as last year.

According to Europol, 12.2 million fake and illegal medicines were confiscated. Medicine worth more than US$ 53 million was seized.

The complicated operation involved raids of addresses linked to illicit pharmaceutical websites, and the inspection of 334,000 packages.

National authorities are also investigating 700 cases, with 40 of those related to organized crime. Those involved in organized crime typically target electronic payment systems, delivery services, and include domain registrars that turn a blind eye to crime.

Investigators say counterfeit medicine has become a global issue with virtually all countries affected. According to Interpol, 1 percent of medicines sold in the developed world are counterfeit. That number rises to 10 percent globally, and can even reach as high as 30 percent in parts of Asia, Africa, and Latin America.